Hughes admits to intimi­dating flight attend­ants; could face up to six months in prison.
By Reuters
Published: March 5, 2015
Tweet Email 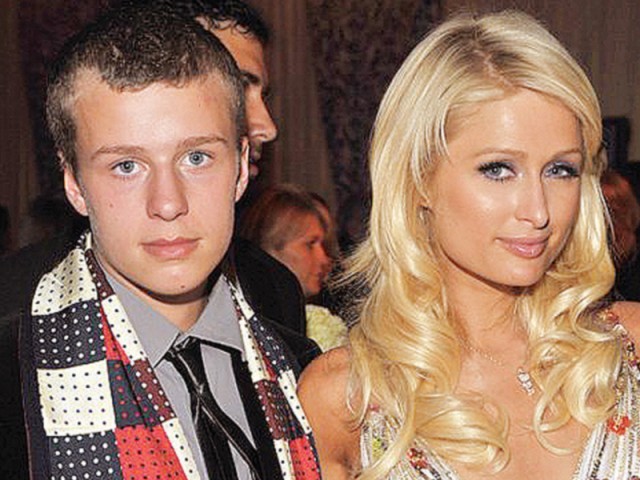 SAN FRANCISCO: The brother of celebrity socialite Paris Hilton will plead guilty to an assault charge for threatening flight attendants on a Los Angeles-bound flight out of London last year, officials said on Tuesday. Conrad Hughes Hilton admitted to the misdemeanour crime that occurred on a British Airways flight on July 31 last year, according to documents provided by the US Attorney’s Office in Los Angeles.

During the flight, Conrad repeatedly used the bathroom to smoke marijuana and tobacco and intimidated the unnamed flight attendants, according to the plea agreement. “You need to stop squaring up to me,” he screamed at one, according to the document. He also swung at, but missed, another airline worker, the document showed.

A criminal complaint stated that during Conrad’s tirade, children on the flight began crying and other passengers were frightened. “I will own anyone on this flight. They are peasants,” said Conrad, who signed the plea agreement on February 19, according to the document. He could face a maximum of six months in jail and is scheduled to appear in court on Thursday, according to Attorney’s Office spokesman Thom Mrozek.

Conrad’s celebrity sister pleaded guilty in 2010 to cocaine possession and was fined $2,000 by a Las Vegas judge and ordered to complete 200 hours of community service. The Hiltons’ great-grandfather Conrad Hilton founded the Hilton group of hotels, which includes the Waldorf Astoria luxury hotel in New York.

JLo on fidelity and fiery love