Mizmaar to make a comeback

Mizmaar to make a comeback 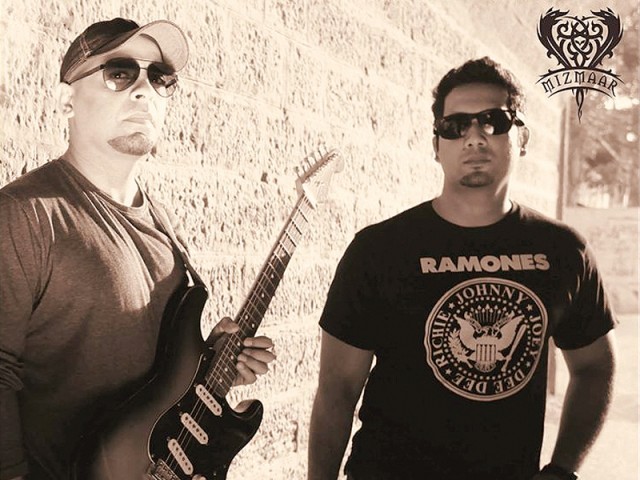 The group disbanded eight years ago as all band-members got busy with their own projects. PHOTO: PUBLICITY

KARACHI: The seven-year-long wait is about to come to an end as Pakistani rock band Mizmaar is set to return to the music scene with a reworked line-up. Speaking to The Express Tribune, Mizmaar frontman-guitarist Kashan Admani revealed that the band is soon to introduce their new vocalist. While Admani maintained silence over who the band’s new vocalist is, he stated that former drummer Alfred D’Mello has rejoined the band.

“The band decided to disband eight years ago, as the former vocalist Daniyal Badshah was unable to commit to it due to personal reasons and I had gotten busy with my own audio-visual production company,” shared Admani. Despite being optimistic about their return, he acknowledged that the dynamics of the music industry have changed completely since their last outing almost eight years ago.

He pointed out how bands and musicians choose not to release albums and prefer coming up with singles, and that being ‘old-school musicians’, they hope to break away from the current trend. The guitarist stated that the band will release a music video this month, confirming that fans can expect more exciting stuff to come their way in the near future.

Prior to their disbandment, the band had released two albums Kash and Sitara apart from performing live concerts and shows. The title track from their album Sitara also featured in the soundtrack of the Hollywood film Dragon Wars. Other famous songs that the band has released in the past include ‘Sajna’, ‘Jana Na Tha’ and ‘Teri Yaadein’. Mizmaar and bands, such as Karavan, Entity Paradigm, Mizraab and Call are among the few rock bands in the Pakistani music industry, which emerged in mid-2000.

The Rawalpindi Express goes off the track