When questi­ons were raised regard­ing Katrin­a, Kapoor chose to make his exit from the confer­ence
By Web Desk
Published: March 3, 2015
Tweet Email 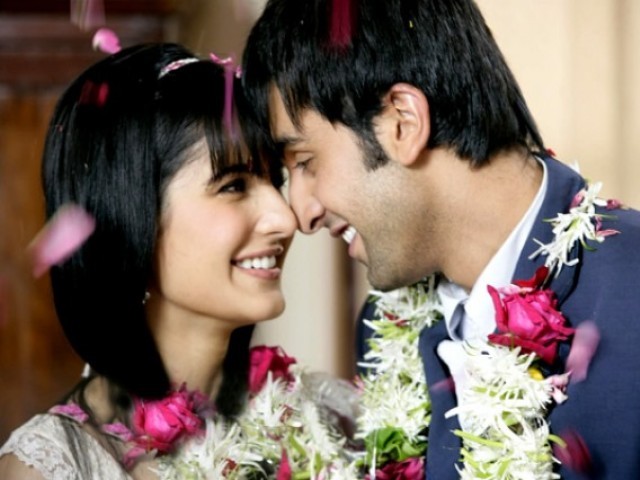 When questions were raised regarding Katrina, Kapoor chose to make his exit from the conference.

Soon to become Mrs Ranbir Kapoor, Bollywood actor Katrina Kaif has been making attempts to bond with the Kapoors by paying them visits and catching up on the phone on a regular basis, Emirates News reported.

In her attempts to bond with Ranbir Kapoor’s family further, Kaif has created a WhatsApp group and named it ‘The Kapoors’.

As the admin of the WhatsApp group, she has added members of Ranbir’s family, Neetu Kapoor, Rishi Kapoor, Ridhimia Kapoor Sahni and her mother Suzanne Torquette.

Katrina already considers herself as one of the Kapoors.

Despite her efforts to make it to the Kapoor family, Ranbir’s father, Rishi Kapoor made an exit from the group and indicated that he did not want to be part of the girls gang.

Read: There is still hope, ladies: Ranbir Kapoor is not engaged to Katrina

Ranbir Kapoor however, is not yet in any mood to reveal any news pertaining to his relationship with Katrina Kaif.

He recently addressed media questions during a book launch where he was questioned about his marriage plans. He indicated that he was still undecided about marriage and believed that marriage is something that should come organically and naturally.

He added that the day him and his partner feel it is the right time, they would make the decision to get married.

When questions were raised regarding Katrina, Ranbir chose to make his exit from the conference.

Read: Deepika’s advice for Katrina: Do not marry Ranbir Kapoor

The Barfi star was also questioned about the WhatsApp group and why Katrina was using the Kapoor surname if they were not married, which he also avoided to answer. He then ended the conference abruptly when further questions were asked.

He was urged by reporters to continue with the conference however, he was in no mood to wait

While Katrina is adamant to make it to the Kapoor family, Ranbir continues to conceal the truth about his relationship.

Tips for healthy mind, body, heart for women on the go