Post-poll tribunals get yet another extension

Post-poll tribunals get yet another extension 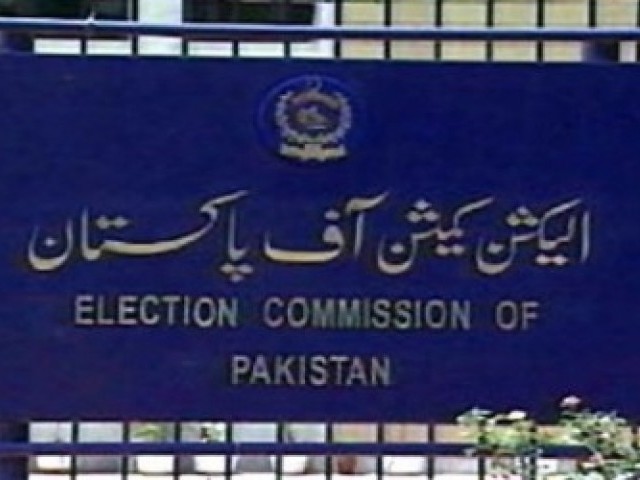 The ECP was flooded with hundreds of complaints after the 2013 elections. After conducting initial hearing, it referred 400-plus cases to the election tribunals which were notified by the ECP on June 3, 2013 for a period of one year

ISLAMABAD: Pakistan went to polls almost two years ago in May 2013 – but most high-profile complaints of irregularities and rigging are still pending adjudication.

The tribunals set up to decide these complaints were supposed to complete their job by the end of 2013. They, however, failed to decide all the complaints – at least those involving high-profile politicians – within the stipulated time. Subsequently, the tribunals were given two extensions, but the task could not be completed.

On Saturday, the Election Commission of Pakistan (ECP) notified a third extension for the election tribunals, as around 40 cases involving well-known politicians are pending adjudication. The slow pace of complaints-adjudication has raised serious questions over the functioning of the country’s electoral system.

After the May 11, 2013 general elections, 14 tribunals comprising retired high court judges were set up across the country – five in Punjab and three each in Sindh, Khyber-Pakhtunkhwa and Balochistan – to decide post-poll complaints within 120 days. Under Article 225 of the Constitution, any contestant can approach the ECP within 45 days of the voting day if he/she has any complaint.

The ECP was flooded with hundreds of complaints after the 2013 elections. After conducting initial hearing, it referred 400-plus cases to the election tribunals which were notified by the ECP on June 3, 2013 for a period of one year. Under the law these petitions were to be decided within four months, barring those where further adjournments were unavoidable.

Exactly a year later, around 100 cases were still pending with the tribunals prompting the ECP to notify an extension till December 31, with a hope that the pending cases would be decided by year end. However, there were still over 50 important cases – mostly involving high-profile politicians – pending with the tribunals when their tenure was extended for two months on December 31.

Again, the tribunals were given until February 28, 2015 to decide the cases. The timeframe ended and still around 40 cases are pending. Now, the tribunals have been given a third extension – even though the ECP earlier this month had written a letter to the tribunals asking them to complete the job before the extended timeframe expires.

For the first time in the electoral history of Pakistan, the ECP had experimented with the idea of seeking services of retired high court judges as tribunals.

Earlier serving high court judges used to act as post-election tribunals in their respective provinces. However, due to the burden of civil and criminal cases with these judges and delaying tactics by litigants, election complaints remained pending even after the expiry of five-year term of the elected assemblies.

To deal with this problem, the ECP decided to bring in retired judges. But the experiment apparently failed. Now, the ECP is considering reverting to the old system.“We are proposing that once a high court judge is notified to head a tribunal, the concerned chief justice should relieve him of other judicial work for the period of six months,” a senior official privy to the development told The Express Tribune. Moreover, the current period of a maximum 120 days to dispose of a complaint will be enhanced to six months with some stringent clauses that could deter further delay in reaching a decision.