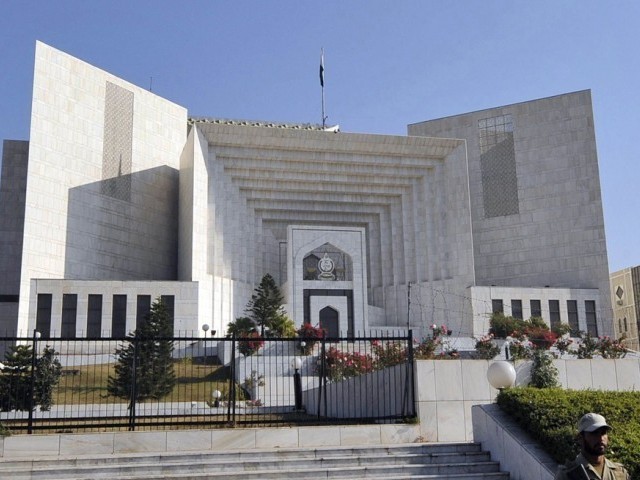 KARACHI: The Supreme Court (SC) on Wednesday directed the provincial chief secretary to submit a report on the factual position regarding the provision of land for the installation of a plant to treat sewerage water before its disposal into the sea.

During Wednesday’s proceedings, the judges expressed their displeasure over the absence of the chief secretary to explain the progress on efforts to control pollution in the province by installing sewerage treatment plant, as per the court’s previous order. Adjourning the hearing, the judges summoned the chief secretary, Sajjad Saleem Hotiana.

The secretary appeared later and requested for time to ascertain the status of provision of land by the revenue department for installation of the treatment plant.

The bench ordered the secretary, representatives of the board of revenue, the Karachi Water and Sewerage Board, Defense Housing Authority and others to ascertain whether or not the land has been provided for installation of the sewerage treatment plant. The secretary has to submit his report today.

The complainants, including Vice Admiral (retd) Ahmed Tasneem and Tanvir Ahmed, claimed that marine pollution in coastal areas had grown at an alarming level because of the discharge of untreated, hazardous industrial waste and pesticides into the sea. Through another application, the apex court was requested to order the authorities to take steps to ensure safe disposal of toxic and hazardous waste produced by industrial units.

Khairpur cop to be transferred after MPA row