Top leader­s of the ruling PPP recall how party had defend­ed the consti­tution and the federa­tion.
Published: December 1, 2010
Tweet Email 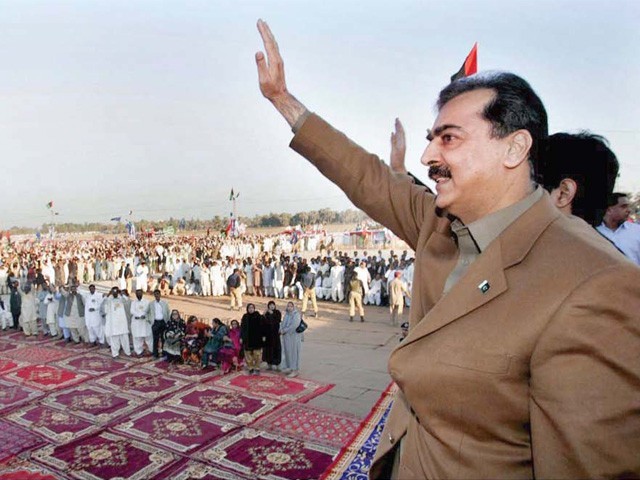 LAHORE: Top leaders of the ruling Pakistan Peoples Party (PPP) on Tuesday recalled how their party had defended the constitution and the federation and vowed that in future too its workers would sacrifice for the same goal.

Addressing a large public gathering in Sukkur to mark the foundation anniversary of the PPP, Prime Minister Yousaf Raza Gilani said that PPP has revived the Constitution of 1973, as had been promised by the assassinated Prime Minister Benazir Bhutto.

The constitution and the federation are the fate of Pakistan and PPP is the only party that can protect the federation, Federal Minister for Law, Justice and Parliamentary Affairs Dr Babar Awan said on Tuesday. Speaking at a ceremony on the 44th foundation day of the party, Awan said that the PPP had buried dictatorship forever. The PM said that Benazir Bhutto had promised to revive the constitution of 1973 and the party had fulfilled it. Peoples Party, he said, has received responsibilities in place of power. Benazir, he said had faced the dictators like her father did.

The PM then announced to give Rso.1 million to each flood-affected family.

In Rawalpindi, PPP celebrated its foundation day with the aim to support and strengthen democracy and continue the reconciliation policy as visualised by Zulfikar Ali Bhutto and Benazir Bhutto.

Zamurd Khan gave credit to Zulfikar Ali Bhutto for raising his voice in support of the poor segment of the society. Bhutto, not only served the masses as a prime minister but sacrificed his life for strengthening real democracy and stood against the imperialistic forces, he said.

BISP chairperson Farzana Raja said that President Asif Ali Zardari was following the vision and mission of Benazir Bhutto and making efforts for the state’s prosperity. She said that President Zardari believes in the reconciliation policy in the larger interest of the country as well as the nation.

Meanwhile, Gilgit-Baltistan (G-B) Chief Minister Mehdi Shah on Tuesday warned his cabinet members and party workers not to rob the poor of their rights just to reward their kin.

Azad Jammu & Kashmir (AJK) also observed PPP’s 44th commemoration day with the renewal of the pledge to continue the mission of the party’s founder Chairman Zulfiqar Ali Bhutto and Benazir Bhutto to strive for the progress and prosperity of the country.

Special ceremonies to celebrate the day were held in all small and major cities and towns of the state under the auspices of local branches of the PPP AJK chapter. APP (WITH ADDITIONAL INPUT FROM OUR CORRESPONDENTs)