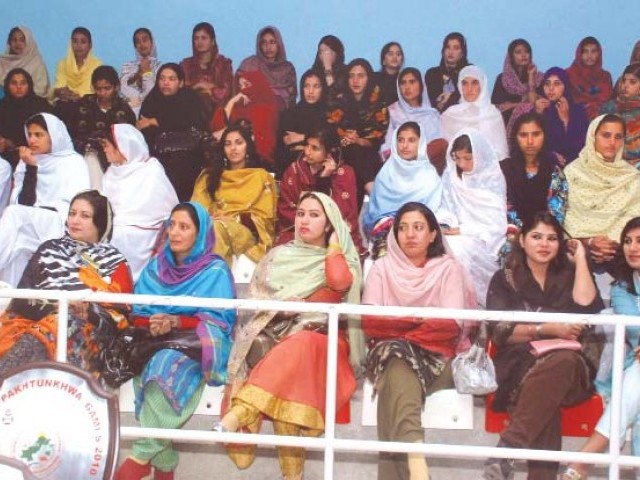 Participants and players at the concluding ceremony of the first Khyber-Pakhtunkhwa games on Tuesday. PHOTO: EXPRESS

PESHAWAR: The first Khyber-Pakhtunkhwa (K-P) Games in 29 years concluded amidst a colourful event at the Qayyum Sports Complex on Tuesday. The last edition of these games was held back in 1981.

The main objective of the games was to select and shortlist possible candidates for the forthcoming 31st National Games.

The event, which started on November 2, concluded with a thrilling musical show. Dozens of K-P Sports Board workers, including District Sports Officers, were also awarded shields and certificates for their services in
the games.

In his welcome address, Syed Aqil Shah praised the organising committee’s arrangements during the games. He said the best teams would be selected to represent Khyber-Pakhtunkwa in the forthcoming 31st National Games scheduled to be held from December 25
to 31.