Jalaibee ‘very different’ from other movies being made in Pakistan, says Ali Safina

Jalaibee ‘very different’ from other movies being made in Pakistan, says Ali Safina

The actor speaks at length about his debut film
By Hasan Ansari
Published: February 21, 2015
Tweet Email 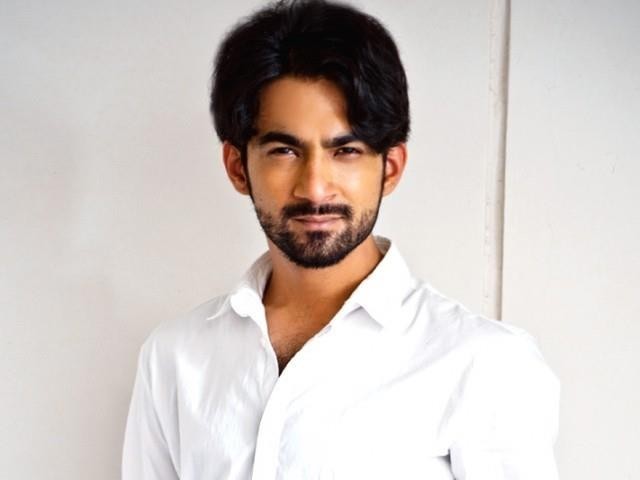 The actor speaks at length about his debut film. PHOTO: IANS

KARACHI: It seems anything that Ali Safina touches turns to gold. Whether it’s his work as an RJ or his multiple hosting gigs as a VJ on various television channels, this supremely talented has tried his hand on everything except films. And now he is all set to cross the final frontier as well with the release of his upcoming crime-caper Jalaibee.

In an interview with The Express Tribune the RJ-turned-VJ-turned-actor spoke at lengths about his career trajectory, body of work and his expectations from Jalaibee.

Safina will be seen essaying the role of a car thief in the movie who gets entangled into a major problem with his friend Billu after one of their plans goes awry. One of the remarkable things about his character Bugga is that the director and writer of the film, Yasir Jaswal has written the part with only Ali Safina in mind.

“A lot of directors tell actors that, ‘this role has been written for you’ but when you turn up on sets you realize that this is not the case. But over here I felt nothing like this whatsoever and enjoyed my time,” he said. Describing his character in the film as an archetypical “street smart guy” Safina said that it is different from his previous roles on television dramas like Kaneez, Takkay Ki Ayegi Baraat, Aik Pal and Daagh-e-Nadamat.

“The character is not Punjabi as his name Bugga may suggest. And is like every other street smart guy you may encounter,” he said.

The actor reiterated that although he has become famous for his Punjabi avatars onscreen he has avoided being typecast by taking up different roles and constantly pushing the envelope.

“I have played vibrant Punjabi characters which have been appreciated by the audience. But the truth of the matter remains I have also undertaken challenging roles in dramas like Jaanam where I play the role of a writer with multiple layers to his personality and the audience is unable to figure out his real motive far into the serial,” Safina said.

He termed Jalaibee his “baby” saying the project is very close to his heart partly because he has been involved with the movie for three years.

For an artist who has spent most of his career plying his trade on television, Ali Safina described his transition from the smaller screen to the silver screen as a “very smooth process.”

The movie which features an ensemble cast has several renowned television actors starring in it such as Sajid Hasan, Danish Taimoor, Zhalay Sarhadi and Adnan Jaffar all of whom, according to Safina, are committed to the success of the “new wave” of Pakistani cinema.

To a question about the expectations he has from the film he answered, “I expect people to come to cinemas to enjoy the movie as we are confident that our movie is very different from the other films being made in the country.”

He added that the response the team had received so far had only accentuated their expectations. “We released the teaser for the movie in late-2013 and people became curious about it. Everybody started asking questions about the film. And the feedback we got after the release of the trailer earlier this year was tremendous. I’m hoping the film does well.”

Though the actor has received multiple offers since the release of Jalaibee’s trailer he is yet to decide whether he his next move is going to be in the world of cinema or television.