Mai Dhai to bring songs of Thar to New York

Mai Dhai to bring songs of Thar to New York 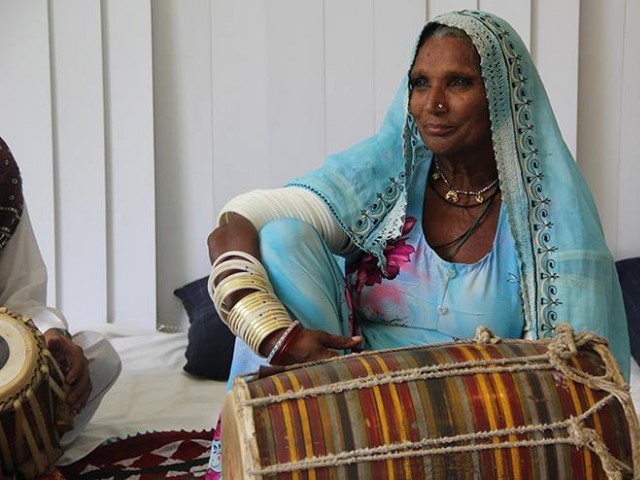 Traditional Manganhar singer and dhol player from the Thar Desert, Mai Dhai will perform in New York city in March.

Hailing from Tharparkar region in Sindh, Dhai will showcase her repertoirof from ballads about the kings to Sufi songs written by various mystics as well as songs for occasions such as birth, marriage, rains, and feasts at the Elebash Recital Hall at the Graduate Center of the City University in New York.

The Manganhars consider themselves descendants of the Rajputs and are renowned as highly skilled folk musicians of the Thar desert. Their songs have been passed on from generation to generation as a form of oral history of the desert. They sing songs about great kings of the past including Alexander the Great, the local Maharajas and past battles in the region.

In this concert, Mai Dhai will be accompanied her ensemble of three musicians on percussion (tabla and dholak) and harmonium.

Tickets start at $20 for students and staff and can be purchased here.