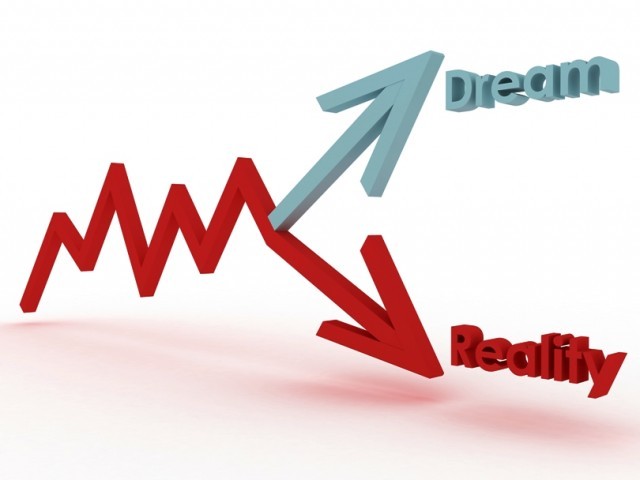 The report says that Pakistan’s economy faced several challenges in the initial months of FY15 as the fourth review of the Extended Fund Facility (EFF) could not be finalised in early-August meetings with IMF. STOCK IMAGE

The State Bank of Pakistan (SBP) submitted its first quarterly report of fiscal year 2014-15 (FY15) titled “The State of Pakistan’s Economy” to parliament on Tuesday.

The report says that Pakistan’s economy faced several challenges in the initial months of FY15 as the fourth review of the Extended Fund Facility (EFF) could not be finalised in early-August meetings with the International Monetary Fund (IMF).

The report also refers to political events in mid-August in Islamabad that impacted economic activity in the country. In September, floods inundated a large part of agriculture land in Punjab. It was feared these losses may push the price of perishable food items up, which fuelled inflationary expectations.

“Against this backdrop, key macroeconomic indicators could not follow up positive developments observed in the second half of FY14,” says the report. “1QFY15 saw higher deficits in the current and fiscal accounts, which had to be financed via domestic resources.”

However, there has been a marked improvement in the economy during the second quarter of FY15, which is likely to persist through the rest of the year.

Highlighting developments in the external sector during 1QFY15, the report says, “Overall trade deficit increased by $1.6 billion in 1QFY15, compared to the same period last year.” This increase was partly compensated by a $765 million increase in home remittances during the quarter.

The report avers that the rising current account deficit, coupled with the uncertainty in the foreign exchange market, was one of the key factors that guided the SBP’s decision to keep the monetary policy tight during July to September 2014.

Government borrowings remained lower during 1QFY15 compared to last year because loans were taken from other sources like PIBs and National Savings Schemes. “Within the banking system, instead of borrowing from the central bank, the government borrowed from commercial banks, which also remained lower than the same period last year.”

Furthermore, textiles also remained dull on account of lower demand for yarn and fabric from China and Bangladesh. The fall-out of a weak commodity-producing sector can also be seen in wholesale and retail trade activity. However, the vibrancy in finance and insurance, and telecommunications, appears to have provided services a boost this year.

While discussing the outlook on the economy, the report maintains that the external sector would benefit the most from the decline in oil prices, as petroleum directly makes up nearly 35% of the import bill. Inflation is also likely to end up much lower than initial expectations, as the government has steadily been reducing retail petroleum product prices in line with international rates.