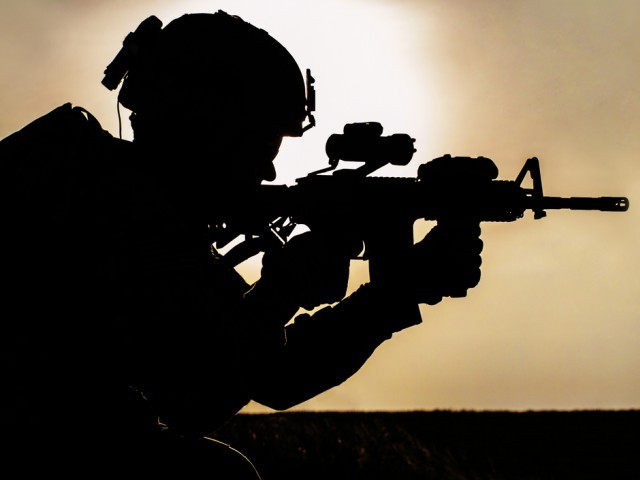 BUNER: A militant commander and financier of the outlawed Tehreek-e-Taliban Pakistan (TTP) was killed in a security operation on the outskirts of Bajkata Town of Buner district early Tuesday morning.

Bakht Raaj, alias Asadullah, was a financier and militant commander  of TTP and was involved in terror activities in Karachi and Buner, official sources confirmed. Raaj, together with his sons and aides, were behind targeted attacks on policemen, political party activists and local peace committees.

Acting on a tip-off, security officials cordoned off the commander’s house in the outskirts of Bajkata town of Buner district early Tuesday morning. After encircling Raaj’s residence, security personnel asked the occupants to surrender but were met with resistance. Armed clashes between militants and security officials continued for a few minutes, killing Bakht Raaj.

The dead body of the slain militant was later shifted to the armed forces camp, situated in Daggar headquarter of Buner District. There is no further information on the number of injuries resulting from the armed clash.

Belonging to the Shamnal village of Chagharzai area, Bakht Raaj had escaped a previous military operation a few months ago. In that military action, a son of Bakht Raaj along with two other children were killed.