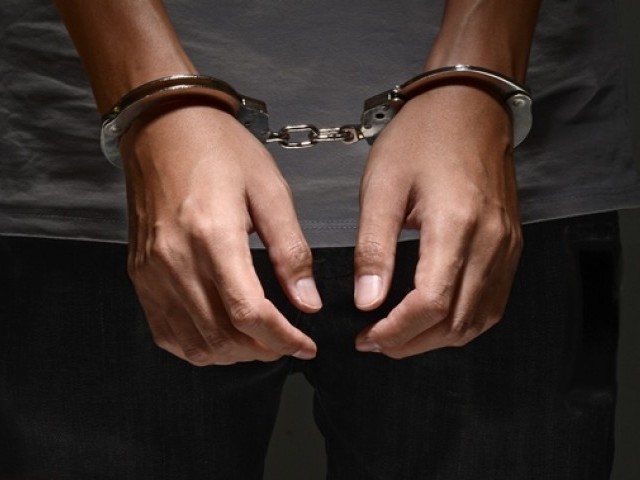 ISLAMABAD: Amid escalating pressure from opposition parties for speeding up action against proscribed religious groups, government officials revealed on Sunday that over 600 hardcore terrorists have been arrested since the approval of the National Action Plan (NAP) against terrorism.

These terrorists were apprehended in an ongoing countrywide crackdown over the past seven weeks, officials monitoring the NAP execution said on Sunday. They have been categorised by military and civilian agencies as ‘jet-black terrorists’ and their cases are to be sent to the interior ministry with a recommendation for trials in military courts, the officials added.

Officials said earlier this month that security agencies have launched a targeted operation against ‘supporters and abettors’ of terror outfits as part of the NAP. They added that supporters and abettors of terrorists, including banned outfits, had been under surveillance in South Punjab and parts of interior Sindh which have been identified as the strongholds of groups and individuals supporting several militant outfits.

Of these 600-plus terrorists, 320 belong to the banned Tehreek-e-Taliban Pakistan (TTP), while 311 have links with Lashkar-e-Taiba, Jaish-e-Muhammad and Hizb-ut-Tahrir “Cases of these terrorists who carry an aggregate bounty of Rs271 million would be sent to the military courts,” a senior official of the National Counter-Terrorism Authority told The Express Tribune.

However, he added that next week Interior Minister Chaudhry Nisar Ali Khan will give the final word on whether the cases of these 600-plus terrorists would be sent to the military courts or to anti-terrorism courts set up under the Pakistan Protection Act. The interior minister, accompanied by Nacta Chairman Hamid Ali Khan, is likely to fly to the United States to attend an international counterterrorism summit.

The Nacta official, who spoke to The Express Tribune on condition of anonymity, conceded that most of the special committees tasked to ensure swift execution of NAP have failed to meet the targets set for them. A senior official of the Intelligence Bureau added that one of the committees, responsible for making recommendations on how to deal with sectarian terrorism, could not hold its first meeting.

The lackadaisical performance of these committees has upset the parliamentary parties. Dr Nafisa Shah of the opposition Pakistan Peoples Party said the government was undermining the authority of parliament by keeping it in darkness on this important national issue. “We don’t know the exact status of NAP or how it is being executed,” she told The Express Tribune.

The parliamentary parties are also perturbed over what they call lack of clarity in the government’s approach. Last month, media reports claimed that the government has also outlawed Haqqani Network and Jamaat-ud-Dawa and the interior minister said that Pakistan would reconcile its list of banned groups with that of the United Nations.

However, the interior minister denied in a policy statement on the floor of parliament that the government had not banned any organisation since the December 16, 2014 bloody Taliban rampage on the Army Public School in Peshawar. He made it clear that no group would be outlawed under American or Indian pressure.

The parliamentary parties suggest the government take indiscriminate action against all proscribed groups – including those which have resurrected under different names. They were particularly incensed by public rallies staged by some banned groups on February 5 in the federal capital.

“We are in a state of war and we cannot live in a state of denial,” said Senator Afrasiab Khattak of the Awami National Party (ANP). He claimed that all banned outfits were headquartered in Punjab where they were operating under different names. He further claimed that terror kingpins were also sheltering in Punjab – the province where the Pakistan Muslim League-Nawaz is in power.

PPP Senator Farhatullah Babar said clarity in policy was necessary. He called upon the government to take action against all militant groups.

A parliamentary panel, headed by Senator Tahir Hussain Mashhadi of the Muttahida Qaumi Movement (MQM), has summoned the IG Punjab on Monday (tomorrow) after expressing displeasure over the activities of banned outfits in the province on February 5. The panel has also sought details of the Islamic seminaries receiving funds from abroad.

Sources in the interior ministry told The Express Tribune that some parliamentary parties have voiced concerns over certain points of NAP, including functioning and scope of the military courts, and action against militant groups, banned outfits, seminaries and hate literature.

A senior official of the interior ministry said that they would recommend the way forward on NAP to Prime Minister Nawaz Sharif next week. The ministry will present two fresh pieces of legislation and seek further budgetary allocations for NAP implementation.