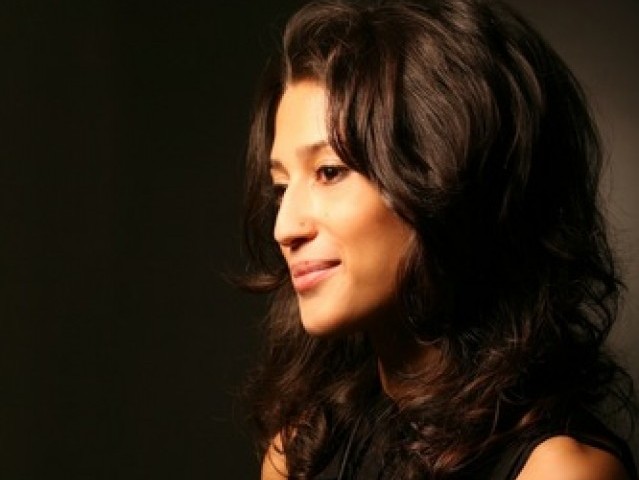 KARACHI: It just got harder for Fatima Bhutto to dodge questions about politics in Pakistan.

The author – who is famous for refusing interviews to local press, largely because they’ve run out of new contortions for the one question everyone keeps asking, “Will you join politics?”, and she’s run out of ways to say, “No, not now, not ever” – has released a short fictional story titled ‘Democracy’ and it takes the reader back to October 1999, when it took Pakistan’s military just 17 hours to overthrow Nawaz Sharif’s government.

Democracy, an e-single published on Saturday, opens at Karachi’s Sind Club, in the shadows of the banyan trees around the club’s pool, where Brigadier Azad has two things on his mind: how to keep the chlorinated pool water out of his eyes and how to stop his wife getting in the way of an affair. But then a splash of brownish water hits the brigadier in the eye as a major clicks his heels smartly, wetly, together at the edge of the pool.

“Terribly sorry to disturb you, Brigadier Azad, but we have to leave.”

The Brigadier was known for his cool. He had been on active duty in three of Pakistan’s four wars. It would be near impossible to hustle him out of this swimming pool.

Major Jamshed had been told not to say a word about the mission until they were en route. Brigadier’s ears only.

At first glance Major Jamshed spotted at least four sets of non-essential ears milling around the swimming pool, five if one counter the toddler with the nasty scratch. She was whimpering, a string of snot connecting her bleeding nose and mouth. Major Jamshed frowned and looked at his watch. It has taken him five minutes to drive across the club to the pool. This was taking too long already. He heard the screeching sound of the jeeps pulling up to the parking lot. Everyone was in position.

The Brigadier raised an eyebrow, but didn’t move except to wipe the puddle water from his eyes. “What’s happened?” He wore Lycra swimming trunks. Not the kind that looked like chuddis, they were longer than that naturally, reaching his mid-thigh, but still, he didn’t want the Major to see him so informally attired.

“I’ve got your uniform in the car Brigadier Sir, it’s urgent that we leave immediately.” Major Jamshed’s eyes darted back and forth; there were too many people to risk saying anything. He held his breath.

Democracy is a quick read; the short story is part of Penguin India’s ‘e-Saturday’ series, where a new work of fiction is released online every week, formulated to allow readers to dip in and out of the works of new authors. But the beauty of the work lies in its brevity – the prose is crisp, the satire biting (Azad meets his mistress, a television host, when she interviews him about “the military’s role in preserving history”) and the characters so briefly but wonderfully fleshed out, that you’re left wishing this coup could be stretched out just a little longer.

Bhutto took to social media to announce the release of her latest novel, just a day before it was made available as an electronic book.

The title of her book caused some confusion on social media. Asking where they could get democracy in Pakistan, it was not completely clear whether people were referring to Bhutto’s book or the form of government. With additional input by Anaam Afridi