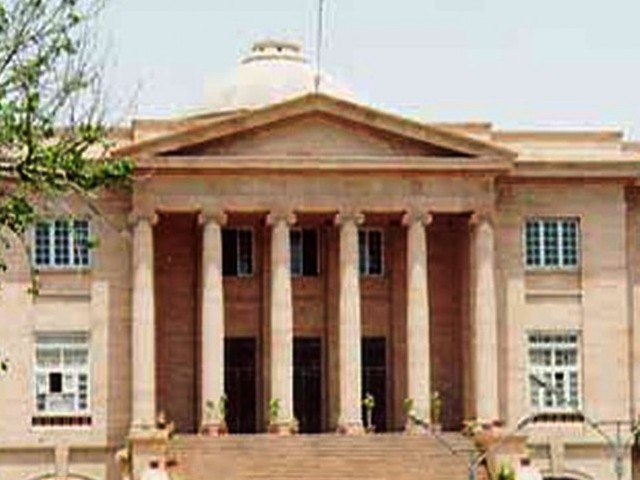 Federal officials insist that Abdul Ghaffar Lango is not in their custody.

KARACHI: The defence secretary was asked by a division bench of the Sindh High Court on Monday to submit a written statement by intelligence agencies on the case of a missing Baloch nationalist leader.

Earlier, Ministry of Defence Secretary Lt Gen (retd) Athar Ali, while appearing in response to a bailable warrant of arrest issued on a previous date of hearing, informed the bench that the missing person Abdul Ghaffar Lango is not in the custody of the Inter Services Intelligence (ISI) or Military Intelligence (MI) .

The bench asked Ali about the identity of the officials who gave him the information. The secretary informed the bench that a commission formed on the orders of the Supreme Court is looking into the missing persons case and progress has been made. Now only 150 persons remain missing or untraced, he said The bench then asked Akhtar Hussain and Masood Ghani advocates, counsel for the petitioner, to approach the commission and inquire whether it is looking into Lango’s case. The bench adjourned the case till December 24.

The respondent was earlier directed “to swear on an affidavit” regarding the whereabouts of the Baloch leader, who  went missing in December last year. All federal authorities have denied having custody of the missing man.

The petition was filed by Lango’s brother, Muhammad Niaz. He cited federal authorities as respondents and alleged that Ghaffar Lango was being illegally detained out of political victimisation.