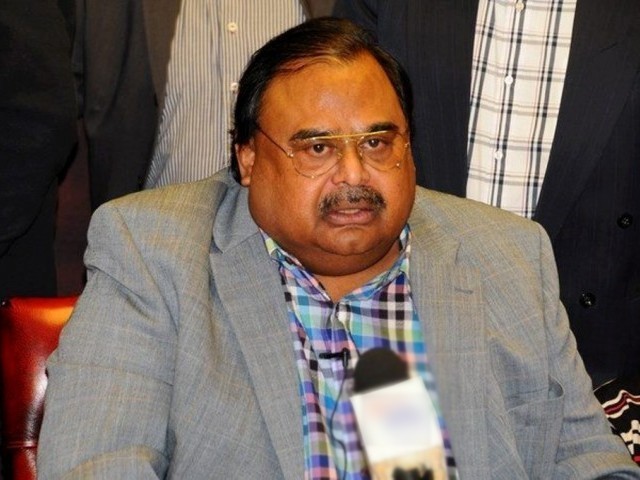 ISLAMABAD: A day after an escalating war of words between the Pakistan Tehreek-e-Insaf (PTI) and the Muttahida Qaumi Movement (MQM), the former has urged the British government to take action against Altaf Hussain for “using British territory to incite people to violence in Pakistan”.

“We request you to realise the urgency of your government moving against Altaf Hussain by removing the protection of citizenship under which he is hiding and evading multiple criminal charges in Pakistan including murder,” states a letter  by PTI Information Secretary Shireen Mazari addressed to Phillip Barton, the British High Commissioner in Pakistan.

The letter further adds that “Altaf Hussain went into a mad rage abusing PTI women activists in gutter language from his home in London,” after the PTI demanded action be taken against the MQM for its involvement in the Baldia factory fire, which led to 258 deaths including of women and children – as stated by a joint investigation team report.

The letter also alleges Altaf Hussain of running an armed mafia wing, which indulges in extortion, blackmail and murder. “The MQM has terrorised the citizens of Karachi for decades as well as indulging in murders of journalists and political rivals….”

Imran on Monday had requested members of the MQM to disassociate themselves from their party leader, while repeatedly referring to him as a ‘psychopath’ and a ‘coward’.

He also accused Altaf Hussain for being behind the murders of former PTI Sindh women’s wing president of Zahra Shahid and journalist Wali Babar Khan.

However, the MQM Rabita Committee termed the PTI chief’s statements as “baseless and condemnable”, and part of a pre-planned scheme against the party.

VIDEO: Atletico Madrid gives this Indian fan an experience of a lifetime