Seeks public feedba­ck on how govt steps have had an effect on prices of daily-use items
By Qamar Zaman
Published: February 9, 2015
Tweet Email 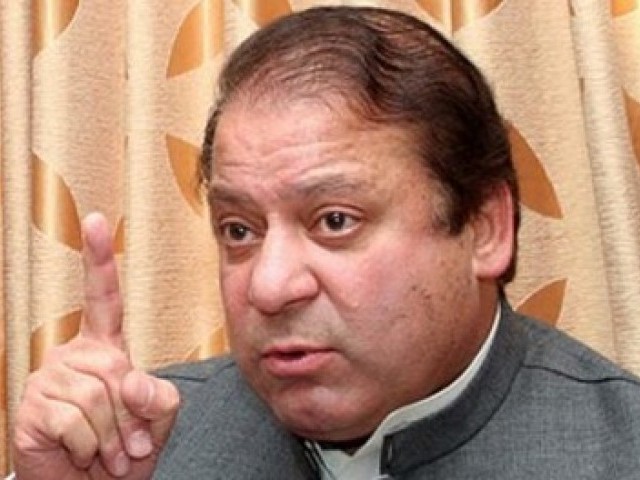 ISLAMABAD: In what appeared to be the first exercise of its kind since taking office, Prime Minister Nawaz Sharif paid a surprise visit to two commercial centres of the capital city Islamabad on Sunday, interacting with shoppers and shopkeepers alike, to take stock of how the government’s recent initiatives have had an effect on prices of daily-use commodities.

PM Nawaz, who usually spends his weekends in Raiwind, Lahore, spent around 40 minutes in Aabpara market and then at G-10 Markaz. He was accompanied by Dr Tariq Fazal Chaudhry, PML-N MNA from the federal capital.

The prime minister mixed freely with the consumers and inquired into the prices of daily-use items, including vegetables and fruits.

Though a majority of people were overwhelmed at seeing PM Nawaz standing in their midst without multi-layered security, and even started taking his pictures on their mobile phones, a couple of citizens summoned up courage to point out that prices of not all commodities had come down.

“The price of clothes has gone up in fact,” complained a woman who had recently retired from KRL while talking to the premier at G-10 Markaz.

Another person, a government employee, told PM Nawaz that transporters in Islamabad had not passed on relief to commuters after the cut in prices of petroleum products. “Your efforts are going in vain,” the man said. At this point the premier said he would look into the matter.

PM Nawaz inquired from vendors and shopkeepers about the prices of vegetables and fruits which they said have come down.

Speaking on the occasion, the premier said he had come there to look into the impact of government’s public-friendly measures like a sharp cut in petroleum prices. “It is heartening to know that prices of commodities have dropped,” he added.

The premier said that his government was working hard to address multifaceted issues being faced by the country. “Gas shortage will end over the next two years,” he promised.

The prime minister assured people that the government was also taking steps to get to grips with other issues like unemployment.

In the fray: Many PML-N bigwigs eyeing Senate ticket