IS had 'sentenced' US hostage to death over Aafia Siddiqui’s imprisonment: Activist

IS had 'sentenced' US hostage to death over Aafia Siddiqui’s imprisonment: Activist

Siddiq­ui's family reject­ed Islami­c State's attemp­t to link the two cases and said it did not want Muelle­r to suffer­
By Reuters
Published: February 8, 2015
Tweet Email 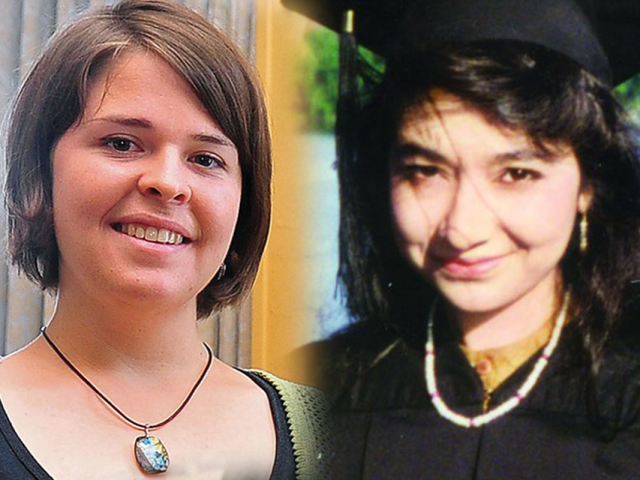 on July 12, 2014, militants told Mueller's family she would be executed in 30 days if Siddiqui was not released or the family failed to pay a ransom of $6.6 million. PHOTO: AFP

WASHINGTON: The young American hostage who Islamic State says was killed in a Jordanian air strike on Friday had been condemned to death by the militant group last year, according to an American rights activist.

Islamic State had seized aid worker Kayla Mueller as she left a Doctors Without Borders hospital in the northern Syrian city of Aleppo in August 2013. They initially gave her a “life sentence” in retaliation for the jailing in Texas of Pakistani Aafia Siddiqui whose case is a well-known cause among militants, said activist Mauri Saalakhan, who leads a US campaign to free her.

The militant group said on Friday that Mueller, a 26-year-old from Prescott, Arizona, was killed when Jordanian fighter jets bombed a building where she was being held. Jordan expressed doubt about the claim and US authorities said they could not confirm it.

After Islamic State’s claim on Friday, Mueller’s parents issued a public statement on Friday night, identifying their daughter by name and saying they remained hopeful she was still alive.

Mueller’s family has not given details of any communication with the militant group and Saalakhan’s information could not be verified by Reuters.

Saalakhan said that last summer, as Islamic State extended its control over parts of Iraq and Syria, the group threatened to kill Mueller. Saalakhan first mentioned the “sentencing” of Mueller in an open letter to the group he released last year.

But on July 12, 2014, militants told Mueller’s family she would be executed in 30 days if Siddiqui was not released or the family failed to pay a ransom of $6.6 million, he said.  The information about the threats came from a representative of Mueller’s family, Saalakhan said.

The Islamic State apparently did not carry out its death sentence after Saalakhan and an Arizona pastor wrote open letters to the group. Siddiqui’s family rejected Islamic State’s attempt to link the two cases and said it did not want Mueller to suffer.

“I believe that the messages that went out after that threat was conveyed, both from Aafia’s family and from us, I do believe those messages made their way to ISIS,” said Saalakhan. Mueller’s family had a communications pipeline to the militant group, the activist said, without elaborating.

Siddiqui is serving 86 years in a prison medical center in Texas. A jury had convicted her in 2010 of attempting to shoot and kill a group of FBI agents, US soldiers and interpreters who were about to interrogate her in Afghanistan for alleged links to al Qaeda. The White House has refused to negotiate for the release of hostages or pay ransoms demanded by Islamic State.