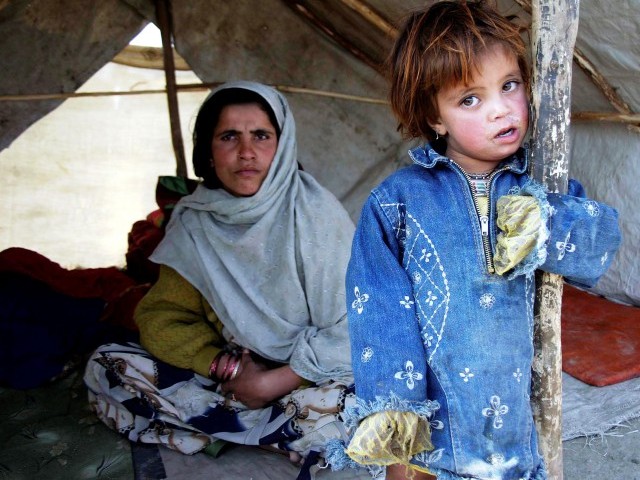 Pakistan is home to 1.7 million Afghan refugees -- 1.5 million of whom live in areas affected by the country's worst humanitarian disaster. PHOTO: EPA

ISLAMABAD: Federal Minster for States and Frontier Regions (SAFRON) Najmuddin Khan on Monday said that NADRA has cancelled 80,000 Computerised National Identification Cards (NICs) out of 100,000 which were illegally issued to Afghan refugees.

“Remaining 20,000 will also be cancelled at the earliest after completing the required procedure,” he said while talking to media at the Parliament House.

He said the Ministry of Interior and Federal Investigation Agency (FIA) were investigating the matter and tracing the officials and public representatives who had attested Afghan refugees documents and played role in getting the illegal cards issued.

NADRA had issued 100,000 NICs to Afghan refugees and they were enjoying Pakistani nationality and buying property in different parts of the country, he added.

To a question, he said around 1.6 million Afghan refugees were staying in Pakistan under the temporary registration policy, adding that the government would issue a permit to them for doing business but will not give the rights to buy any property in the country.

Najmuddin further stated that government will confiscate the property of those Afghan refugees who bought properties by using illegal NICs.

Noble goals… for the distant future