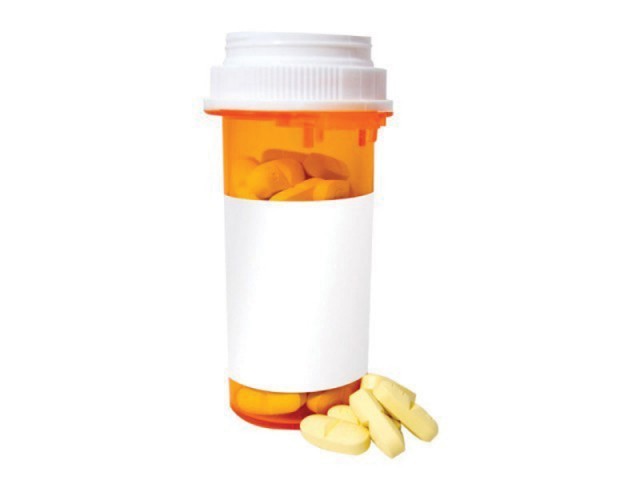 Pakistan is manufacturing 80% of the country’s medicine requirements, out of which multinationals account for 44%. STOCK IMAGE

LAHORE: The dispute over the drug pricing policy, which currently is the biggest concern for pharmaceutical companies, might get settled either way in coming weeks due to the mounting pressure from the stakeholders, but will the industry recover from the damages suffered over the past decade is a big question.

The pharmaceutical sector claims that prices of finished goods in Pakistan are the lowest in the region and the sector is the second largest contributor to the national exchequer following textiles. Like others, its potential for growth is huge and unrealised.

“If the government finalises the policy as per the stakeholders’ recommendations, then the pharmaceutical industry could easily grow five-fold from its current size in the next five years,” said Pharma Bureau Chairman and Chief Executive Officer Novartis Pakistan Shahab Rizvi.

The pharmaceutical industry’s current size is $2.3 billion with around 600 registered companies. According to industry experts, it could easily cross $10 billion with increased exports, which currently stand around $20 million.

Quoting the example of India, Rizvi said that the size of Indian pharma industry currently stands at $21 billion and is expected to cross $45 billion by 2020.

This primarily is due to industry encouragement by the Indian government in terms of a favourable policy. In Pakistan, only a conducive regulatory environment aligned with global practices would stimulate industry growth and its tremendous export potential, said Abbott Pakistan Managing Director Arshad Saeed Husain.

Pakistan is manufacturing 80% of the country’s medicine requirements, out of which multinationals account for 44%.

Yet, they claim that there is an unreasonable regulatory environment for doing pharma business, as the Drug Regulatory Authority of Pakistan (Drap) has placed no emphasis on quality and is focusing only on price control. Drap lacks the capacity to enforce quality standards, they say.

Husain said that there are only 14 drug inspectors in Pakistan to monitor over 600 manufacturing facilities. “How they can ensure the quality of drugs,” he asked.

The main concern of the pharma sector is the frozen prices since 2001, in exceptional cases a few commercially unviable products received a nominal price adjustment, and this has affected the profitability of the companies.

“The pharma industry’s profitability is as low as 2% as compared to approximately 70% for the tobacco industry,” Rizvi said. This is the reason why some multinationals left the country and if the situation persists more will follow suit as multinationals spend heavily on research and development of new drugs, he added.

Industry experts said that the current draft of the drug pricing policy may discourage investments into quality manufacturing, which envisages a rollback of 15% interim relief granted 12 years ago at 1.25% per year, and a further price cut of 30%, against the government’s calculation of 94% price increase.

The experts said that the industry is not demanding any financial support, but if the pricing policy does not favour the industry then no new medicine will be introduced in the country.

In recent years, no multinational has introduced new research-based medicines which their parent companies have introduced globally, he added.