Asks India to honour the commit­ment made by Nehru regard­ing plebis­cite in Kashmi­r
By Our Correspondent / Web Desk
Published: February 6, 2015
Tweet Email 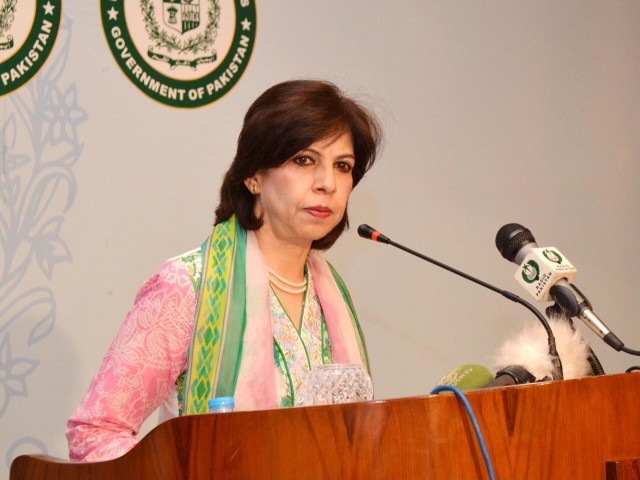 ISLAMABAD: Foreign Office Spokesperson Tasnim Aslam said on Friday that the Chinese Foreign Minister Wang Yi will visit  Pakistan and the dates will be announced soon.

“The Chinese foreign minister is likely to visit Pakistan soon,” said Aslam during her weekly news briefing in Islamabad. She added that the exact dates of the minister’s visit will be announced once they are finalised, whereas a detailed agenda is being worked out.

“The two sides will cover an entire spectrum of bilateral relations and discuss regional issues of common interest as per our tradition and practice,” said Aslam.

She also confirmed that Chinese President Xi Jin Ping is set to visit Pakistan this year. According to sources, the Chinese foreign minister’s visit to Pakistan is a part of the preparations of Xi Jin’s visit to the country.

The spokesperson added that sacrifices rendered by the Kashmiri youth for their just struggle have made it clear that they do not accept the forced union with India. “Right of Kashmiris to self-determination is also enshrined in numerous United Nations Security Council resolutions,” she said.

India, she lamented, continues to usurp this right with impunity in violation of the UN Security Council resolutions and UN charter. The spokesperson said unlike India, Pakistan’s stance on Jammu and Kashmir is based on the UN resolutions, international law and underpinned by political and moral principles.