Publis­hers from US, UK, Turkey and India to partic­ipate.
By Our Correspondent
Published: February 5, 2015
Tweet Email 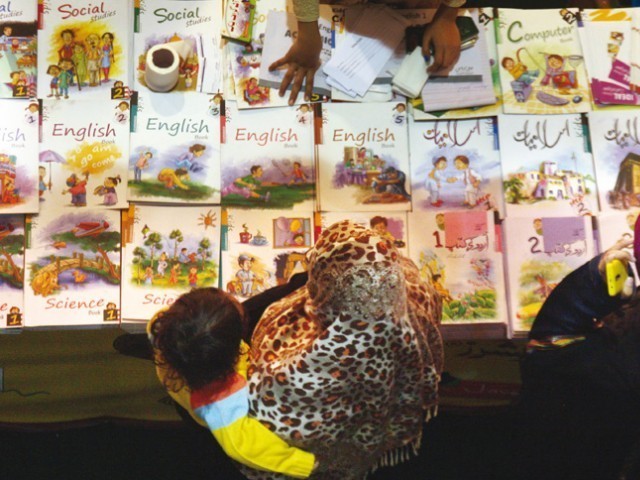 LAHORE: The five-day Lahore International Book Fair is starting on Thursday (today) at the Expo Centre.

This year will mark the 29th edition of the book fair that will feature more than 280 stalls. The fair will open for public at 10am on Thursday morning.

Publishers from the US, England, Turkey and India are taking part in the event. Speaking to The Express Tribune, LIBF chairman Zubair Saeed said that 19 stalls were being set up by foreign publishers. “A large number of people are expected to attend the expo. The increase in the number of stalls this year is something which indicates greater success of the fair. There is always a huge attendance at the fair. The real indicator is the number of people showing interest in setting up stalls at a book fair. Last year, there were 265 stalls. This year that figure has gone up to 285,” he said.

Stalls of several publishers and other government institutions and departments will also be part of the fair. Book store Readings has taken up more than 25 stalls. Allied Book Company, famous for textbooks, will also be covering an area of over 20 stalls. Other stalls being set up at the book fair include those by the e-Learn initiative of Punjab Information and Technology Board, Iqbal Academy and the Punjab Curriculum and Textbook Board.

The book fair will continue till February 9 from 10:30am to 10pm at the Expo Centre. Provincial Education Minister Rana Mashhood Ahmad Khan is expected to inaugurate the book fair at 10am on Thursday (today).