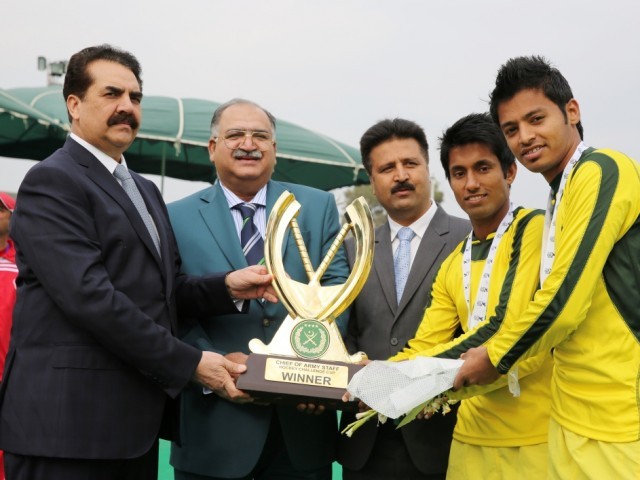 KARACHI: Army chief General Raheel Sharif vowed on Sunday to revive Pakistan’s identity as a sporting nation and bring back the glory days of the national sport.

The army chief was attending the final of the first Chief of Army Staff Hockey Cup in Rawalpindi.

“Lost glory in sports, especially in hockey will be brought back,” General Raheel said, according to Inter Services Public Relations (ISPR).

General Raheel gave away the trophy, medals and cash prizes to the winning teams of the tournament.