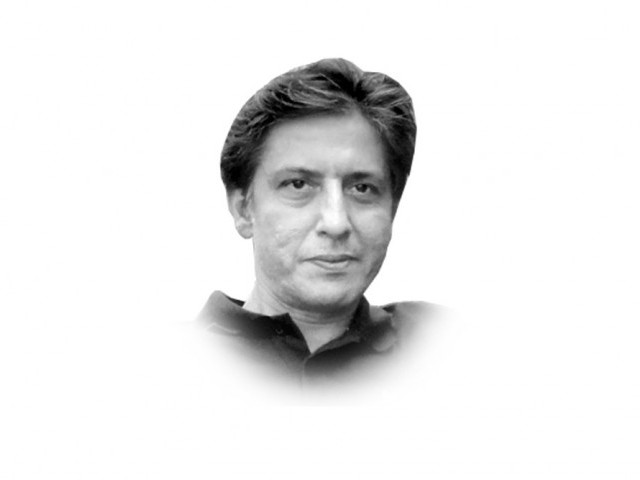 The writer was a Ford Scholar at the Program in Arms Control, Disarmament and International Security at UIUC (1997) and a visiting fellow at the Brookings Institution's Foreign Policy Studies Program

Ivan Petrovich Pavlov is famous for his research on conditional reflexes, though he did much else to serve the cause of scientific inquiry. The phrase “Pavlov’s dog” has come to describe someone who merely reacts to a situation rather than using critical thinking. Famous English writer, Aldous Huxley, used the idea of Pavlovian conditioning as a major theme in his dystopian novel, Brave New World.

Now, keep in mind the Pavlovian reflex and then write the word India in a Pakistani newspaper that also reaches Indians through the World Wide Web. For greater fun, try identifying India’s many problems. You will have a growling bunch pounce on you. They would even look scary if they weren’t so clownishly Pavlovian.

Random exhibit: a few days ago this newspaper carried an editorial exhorting the Pakistani readers to take note that while India might be weighed down by corruption etcetera, schadenfreude is not Pakistan’s best response and we need to see why the world has a more positive view of India. Perfectly legit and decent this argument.

The non-Pavlovian response would have been to appreciate the newspaper for putting things in a perspective. Perish that thought, however. Like the biblical Gog and Magog arrived the Indians, as they always do, to attack the writer of the piece and Pakistan with nary a thought to the nuance contained in the argument.

There was only one Pakistani reader, G Khan, who kept his humour and noticed, with some amusement, the number of Indians who had pounced on the editorial compared to the Pakistanis and this, praise be to the Lord, in a Pakistani newspaper while, no prizes for guessing, accusing Pakistanis of being obsessed with India! That’s the current pitch. If you are an Indian, you smell like a rose by default; if you are a Pakistani, well, you know what that means!

While Indian newspapers, for the most part, will not publish comments by Pakistanis critical of India nor allow Pakistani writers to tackle ticklish issues of which there is a surfeit, we seem to show a generosity that borders on the masochistic. I should know the Indian attitude, exceptions granted, having written for two major Indian newspapers in the last ten years. I still do for one.

There have been comments upon comments in this newspaper by Indians about, among other things, corruption in Pakistan. Something like the 2G scandal in Pakistan would have given the Indians a field day. Try placing a comment on the Radia tapes, a scandal which, alone in its spread, is enough to eclipse Pakistan’s collective scams over 63 years, or even offer to write on it in an Indian newspaper, and you would know what I am saying.

India has its strengths, without doubt. We need to emulate them, no gainsaying that either. But for Indians to embark on an exercise, every time a whistle is blown, to prove India is the best thing to happen this side of Eden is to ask for willing suspension of disbelief at a level that defies even disbelief.

But while India would deal with its issues internally and even scathingly, it won’t let outsiders in. That’s fine by me. But a people who are so aggressively private about their affairs should use the same benchmark for others.

Having said this, and despite everything that is wrong with India, what is most commendable is the average Indian’s pride in his state, something we sorely lack; his confidence in collective action; his resolve that slowly but surely he will carry India forward and his understanding that his relationship with the state is interactive. Problems there are but they are to be taken care of, not constantly lamented about.

Contrast this with the comments Pakistani readers pen, full of despondency, predicting doomsday scenarios, waiting for a deus ex machina, desiring a utopia, putting the onus of everything on the state while wishing for manna to descend from the Heavens, much like the Israelites. Change requires more than just trawling the net and penning dirges, folks. It needs thoughtful action and solutions. Are we ready for the hard work?

Meanwhile, I have said India and Indians a number of times here; the circus is about to hit town!