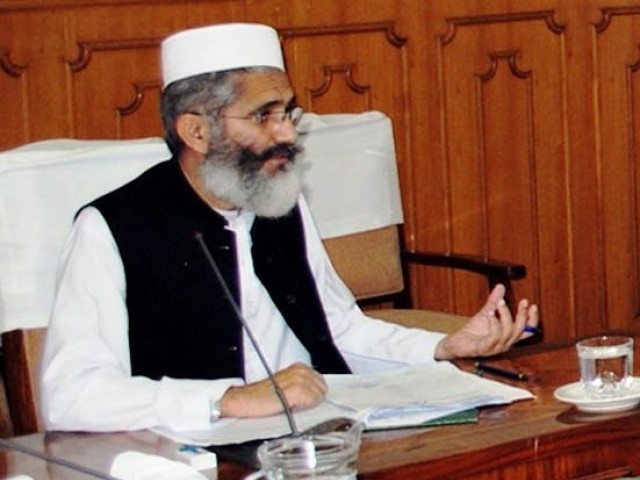 LAHORE: The Zionists have always been at the back of crusades hatching conspiracies to pit the Muslims and the Christians against each other, Jamaat-i-Islami (JI) leader Sirajul Haq said on Friday.

“No international organisation, including the United Nations, has taken effective steps against the repeated incidents of blasphemy,” Haq said in his Friday sermon.

He said Muslim rulers, including Prime Minister Nawaz Sharif, could not earn respect by being loyal to the West. “If someone’s sentiments are not hurt by blasphemy, he should worry about his faith,” Haq said.

The JI chief accused Muslim leaders of being silent on the publication of sacrilegious caricatures by French magazine Charlie Hebdo. On the other hand, he said, lay Muslims have been protesting against blasphemy.

“Blasphemy is a Zionists’ plot to disturb peace.”

He said Muslims did not demand respect for the Holy Prophet (peace be upon him) and the Holy Quran alone; they called for respecting all prophets and revealed books. He said an inter-faith dialogue was imperative for peace.

“Blasphemy should be declared a crime globally and stringent laws should be made in this regard,” Haq said.

He said the JI and like-minded parties would continue to protest against the blasphemers. He said Muslims considered it an honour to sacrifice their lives for safeguarding the honour of the Holy Prophet (peace be upon him). He urged all political and religious parties to unite against blasphemy.