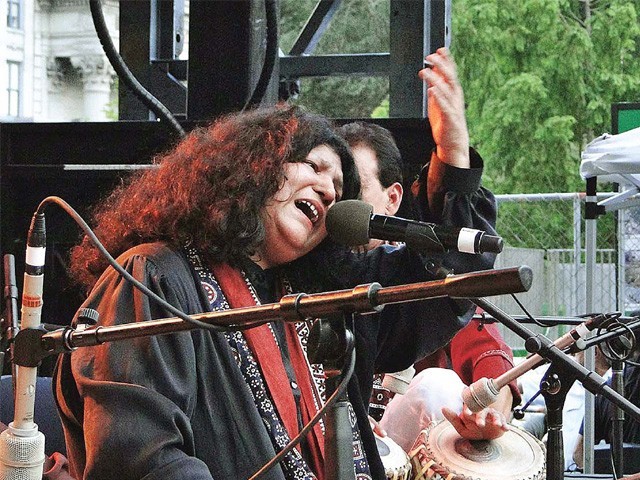 Abida Parveen suffered from a heart attack while performing at a concert in Lahore. PHOTO: APP/FILE

She was shifted to a private hospital, where doctors performed angioplasty on her. Doctors say the next 24 hours will be crucial, but she is out of danger and is recovering in the Intensive Care Unit.

Abida Parveen is mostly known for singing Sufi poetry but has also made spectacular performances of many contemporary poets of Pakistan.