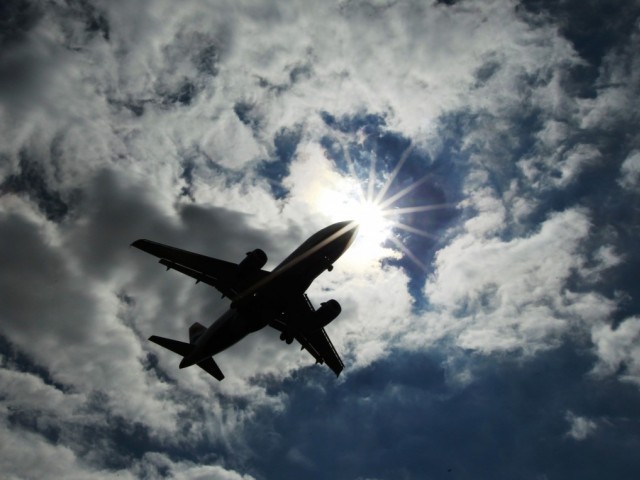 KARACHI: Aviation authorities in Europe have cautioned their air carriers against flying below 24,000 feet when cruising over Pakistan’s main cities out of fear of potential terrorist attacks.

The warning first issued by France’s Direction Générale de l’Aviation Civile (DGAC) was followed up by the European Aviation Safety Agency (Easa) in a January 22 bulletin.

“National aviation authorities (NAAs) are reporting an increased risk to flight operation safety due to potential terrorist attacks in Pakistan,” the circular posted on the Easa website said. “Easa recommends all operators to exercise extreme caution if planning to fly into, out of, within or above Pakistan’s airspace and to monitor all relevant information, including NOTAMs [notice to airmen],” it added.

DGAC, in its warning, mentioned Karachi and Lahore in particular as potential sources of threat.

But Pakistani officials said the travel advisory would not alter the flight plans of European airlines in any significant way.

“Normal cruising altitude for aircraft only passing over Pakistan around 40,000 feet,” said a senior member of the Pakistan Airline Pilots Association (PALPA). “They don’t descend below 34,000 feet in any case,” he added. Altitude below 37,000 feet is normally reserved for domestic airlines and the air force.

When contacted, Pervez George, the spokesman for Pakistan’s Civil Aviation Authority (CAA), said he was not aware of any such advisory and refused to comment further.

Ex-military officials and defence experts, however, criticised the warning and termed it ‘grave and irresponsible’

“This [advisory] is outlandish. Such actions are meant to only malign the image of Pakistan,” defence analyst Lt-Gen (retd) Amjad Shoaib told The Express Tribune. “No such threat exists in Pakistan. Nothing of the sort has ever happened in the history of this country,” he said, adding that if European aviation authorities really had information about any such threat, they should share it right away. “Even in the worst such incident which took place here, terrorist fired upon a Pakistan International Airlines aircraft using only automatic rifles and that too while it was preparing to land,” Lt-Gen Shoaib said while referring to the June 2014 attack on Peshawar airport.

He added that no one in the country save for the military had the sophisticated weaponry required to take out an aircraft flying as high as the advisory mentioned. “The Stinger missiles used by the Afghan Mujahideen in 1980s were either discarded or bought back by Americans.”

A former Pakistan Air Force (PAF) officer who has worked with the CAA said that although a Stinger missile could potentially hit targets as high as 29,000 feet, it could not do so without the assistance of a radar system.

“You can’t see a plane flying at that altitude with the naked eye,” he said. “To target them, the Stinger missile system has to be plugged to radar which only the military has.” He added that proper training was required to operate a Stinger missile launcher in any case.

Pakistan falls in the route of most European airlines flying to the Far East and other parts of Asia.

“Taking any other route is not economical for them,” the ex-PAF official said. “I doubt the advisory would lead to any shift in their routes. They would have to keep using our airspace.”

Balochistan gender exclusion: Not a single woman on 1,450 seats