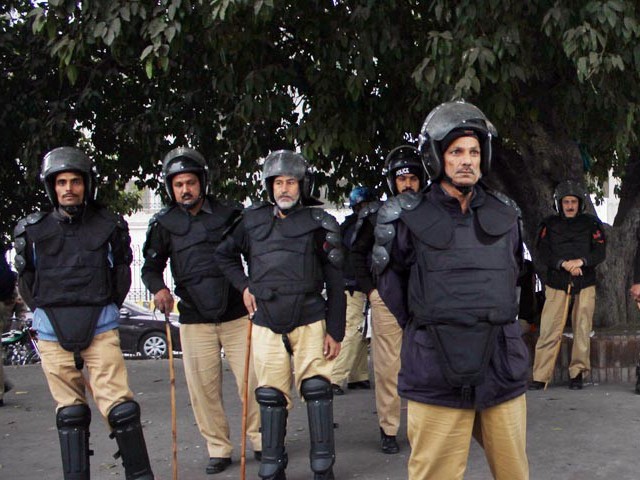 Kausar says police close to making a breakthrough in the case. PHOTO: ONLINE

Talking to The Express Tribune, Kausar said that a breakthrough in the case was expected soon. “The people arrested so far are not wanted for the murders. They have been held for being related to the main suspect. The nominated accused will also be arrested soon through the information provided by those being questioned,” the DPO said.

Muridke police said that the 13 murders were the result of a feud between Raisat Kasab and Billah Butt groups. “The enmity started on July 13, 2007, when several members of the Butt group beat up Riasat. Brothers Riaz, Akbar, Asghar, Ejaz and Mehmood of the Butt group were murdered over the years. Ashraf, their sixth brother, was shot dead on Monday when he was going to school to drop his children,” he said. His family staged protest demonstrations in Muridke and in Lahore.

They gathered outside the Punjab Assembly and chanted slogans against Muridke police. One of them said that police had failed to provide them security.

Following the protests, IGP Mushtaq Ahmad Sukehra has suspended Muridke DSP Khalid Mahmood Tabassum and SHO Muhammad Hussain on charges of misconduct and inefficiency. Requesting anonymity, a senior police official, told The Express Tribune that the IGP had given the Sheikhupura DPO a week to arrest the killers.

Next public movement will be beyond govt’s control: Imran