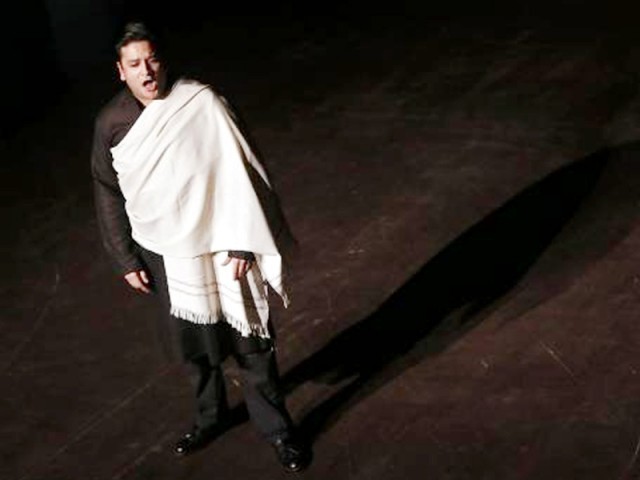 At his December concerts in New Delhi and Mumbai this year, Mukerjee plans to sing at least one aria or key solo as an encore in the Hindi language. PHOTO: REUTERS

NEW DELHI: When Anando Mukerjee tells people in India that he’s an opera singer, they are both intrigued and impressed. Opera is almost unheard of in the country and Mukerjee wants to change that. As India’s only male tenor performing on the global stage, the 30-something singer has made it his mission to demystify the art form through live shows, social media and by adapting opera to an Indian context.

“The youth, they don’t have an interest, not because of any fault of their own,” he said in an interview. “It’s because they haven’t been exposed to it.” Mukerjee, who calls himself the face of opera in India, hopes to collaborate with music societies in the country. His plans include bringing noted European operatic works to India, with an Indian cast and a setting that local audiences would relate to.

Mukerjee cites the example of Carmen, a four-act opera set in 19th-century Spain, which he said could easily be moved to India’s desert state of Rajasthan and sung in Indian languages. “Just as we’ve had adaptations of Shakespeare in Bollywood, one can easily adapt great operatic masterpieces to an Indian narrative,” he said. A few operas with an Indian context have been staged in the country over the years, including a 2013 production that relocated Orpheus’ descent into the underworld to India, with the mythical Greek hero required to cross the Ganges River.

Mukerjee said he was in touch with several Indian filmmakers keen to feature him in the movies. He was 13 when he discovered his love for music, tuning in to crooner Al Martino’s 1952 hit single Here in My Heart on India’s state-run radio. He quit academics for opera after a degree in molecular biology from Cambridge.

At 23, he took singing lessons from vocal coaches, such as Swedish tenor Nicolai Gedda, and made his debut in 2006 at Belgrade’s National Theatre, singing the part of Rodolfo in Italian composer Giacomo Puccini’s La Bohème. His first name often leads overseas audiences to mistake him for a South American or someone from the Mediterranean.

The London-based singer describes himself as a lirico-spinto tenor, versatile enough to sing within limits of both the lyrical and dramatic roles of the operatic repertoire. At his December concerts in New Delhi and Mumbai this year, Mukerjee plans to sing at least one aria or key solo as an encore in the Hindi language. “If you don’t compromise on artistic integrity and don’t dilute it artistically, and you make it accessible and really Indian, it’s a win-win formula,” he said.

Winter, it’s not a wrap yet