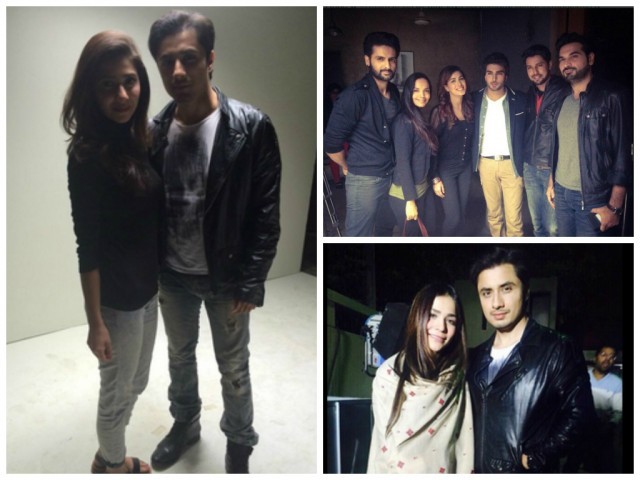 On his Twitter account, Ali expressed how humbled he felt about the TV, film and music industry coming together for his latest song.

Can't explain how humbled I feel to see the entire tv,film and music industry come together for a song I did about the #PeshawarAttack

Lots of teary eyed stars on the shoot of the emotional 'Urein Ge'. 3 generations…History is being made here… pic.twitter.com/1BCEs74Wz4

Cricketer Shoaib Malik is also included in the video. Malik took to his Twitter account to share his feelings about being a part of the tribute.

feel so good after participating in @AliZafarsays Song which He has Specially made for #Peshawar attack! pic.twitter.com/7qeKfAzkGe

With lots of positive feedback for the tribute, Tanuj Garg, the CEO of Balaji Motion Pictures also tweeted about Ali’s recent project.

.@AliZafarsays is coming up with a track for #peshawar & he's uniting #pakistan for the video. Bravo !@HumaimaMalick pic.twitter.com/kgkeJ2IAg0

On December 16, Taliban gunmen stormed into an army-run school in Pehsawar killing 150 people, including 132 children.

Earlier this month, in light on the harrowing attack, Ali cancelled his New Year’s Eve concert in Durban, South Africa as he claimed to be still reeling from the tragedy.

Aside from Ali, other poets and singers, including Farhan Akhtar and Shehzad Roy, have dedicated songs to the Army Public School victims.