Chris Kyle insist­ed his only regret was that US lives were lost becaus­e he shot too few of the enemy
By Web Desk
Published: January 25, 2015
Tweet Email 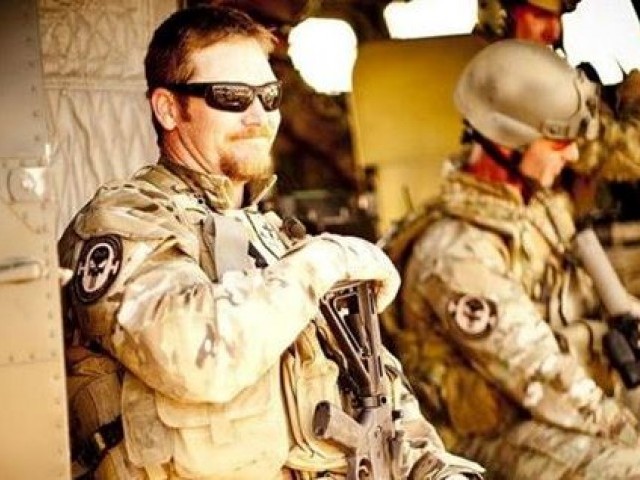 The sniper accumulated 160 confirmed kills - with the true number estimated to be as high as 255. PHOTO: CHRIS KYLE FACEBOOK PAGE

Having killed 160 Iraqis during his time in the war-torn country, America’s most lethal sniper Chris Kyle had said he wished he’d ‘killed more’. His unofficial death count stands as high as 255.

The late sniper’s wartime exploits are portrayed in American Sniper – a divisive movie that has been tipped to win in the upcoming Academy Awards.

Speaking to Toby Harnden of The Sunday Times three years ago, Kyle was asked whether he regretted any of his kills while on tour. The sniper insisted his only regret was that US lives were lost because he shot too few of the enemy, reports Daily Mail.

“No, sir, not at all; to be honest with you, I wish I’d killed more because every kill saved American lives and that was what I was out there for,” he said.

Less than a year after the conversation, Kyle was killed on a remote shooting range in Texas by a disturbed veteran he was helping, who was said to have been suffering from post-traumatic stress disorder (PTSD).

The movie based on Kyle’s book, produced by and starring Bradley Cooper, has been a box office hit – but has also divided opinion, with some criticising the film’s prejudiced stance.

Critics of the movie included talk show host Bill Maher, who claimed the film is only doing well at the box office because audiences lap up its ‘psychopath’ hero. He said that American Sniper is just “American hero! He’s a psychopath patriot, and we love him.”‘

Maher drew on excerpts from the autobiography Kyle wrote before he was killed in February 2013, in which he said he enjoyed war and referred to his targets as ‘savages’.

Over 7,500MW of power added into national grid: Secretary water and power