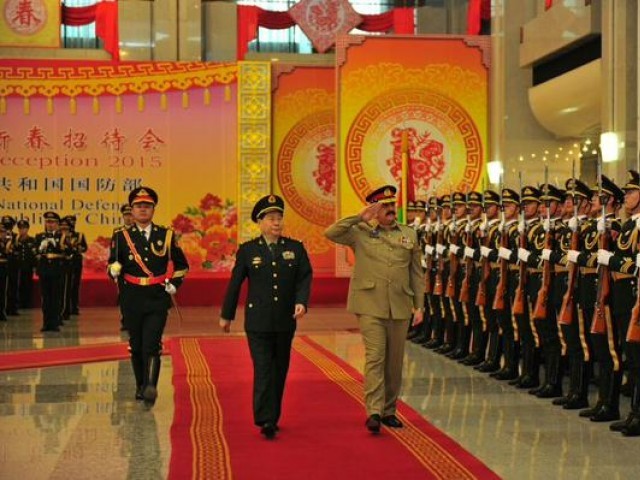 Speaking about Operation Zarb-e-Azb, Changlong also termed it as decisive, bold and hard blow for terrorists.

He added China and Pakistan were the most important neighbours and iron brothers having solid relations.

According to Bajwa, enhanced long-term collaboration on defence, security and counter terrorism, intelligence sharing and training exchanges between the armies of the two countries was agreed upon.

The army chief is on a two-day official visit on the invitation of Chinese officials to meet the political and military leadership.