Diana’s journey from defending to fast-bowling

Diana’s journey from defending to fast-bowling 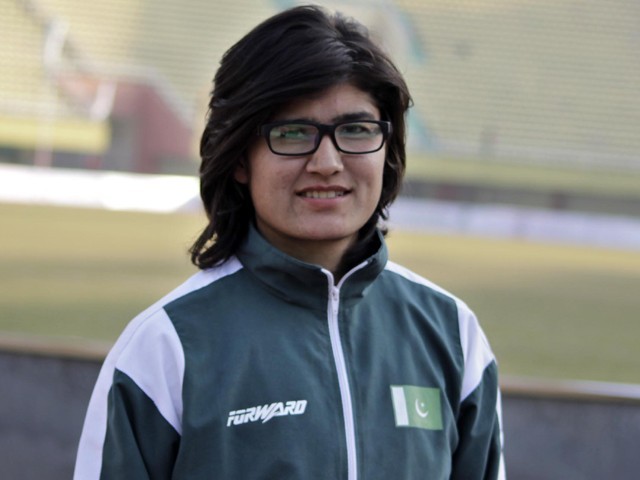 KARACHI: With the cricket fever gripping the country ahead of the 2015 ICC World Cup, national female footballer Diana Baig is also gearing up for the cricket season in the country.

The 19-year-old recently represented Pakistan in the women’s South Asian Football Federation (Saff) Championship in November, but switched back to cricket in December to play the national U21 championship, where she led Islamabad to the semi-finals as captain.

According to Diana, the transition from being a defender for the national football team to becoming a fast-bowler for the University College Lahore has been an exciting journey.

“It’s all good and cricket is my life right now,” Diana told The Express Tribune. “I’m here in Lahore, and now I’ll be representing my university in the Benazir Cup in February. This event is very important for me as players will get selected for the national camp from here.”

The Gilgit-Baltistan based player added that she has been working hard on her bowling skills and has also been tuning up her batting talent.

“My performance at the U21 championship gave me a lot of confidence. My team went through to the semi-finals and I was the captain, so it has given me the scope to prove my talent.”

Diana further said that she is encouraged by the Pakistan women’s recent surge in form, where they lost the T20 series but won the ODI series against Sri Lanka.

“My favourite format is T20,” said Diana. “I would want to get selected for the next women’s T20 World Cup squad. That’s my dream. Pakistan women’s cricket is definitely improving, with the level of competition also increasing in the local circuit.”

The teenager revealed that she had gained admission in her university on a sports scholarship for cricket, and she plans to take the sport more seriously.

She concluded that while she would want to see Pakistan win the trophy in the upcoming men’s World Cup, India seem top contenders for the title.
Like Sports on Facebook, follow @ETribuneSports on Twitter to stay informed and join in the conversation.