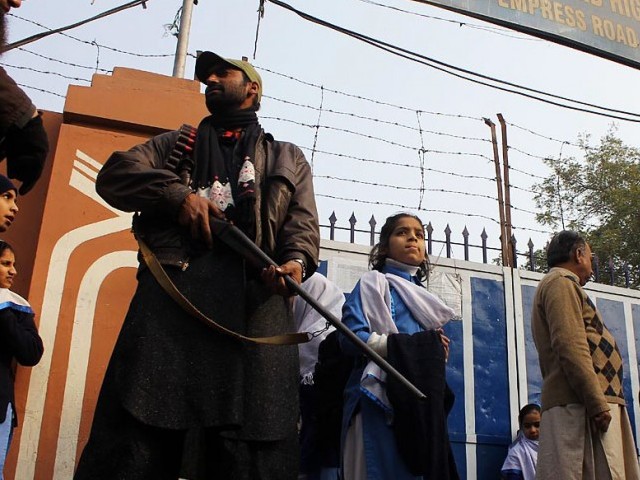 Some private institutions and schools have also complained of receiving threats from banned militant groups, they said. PHOTO: ONLINE

PESHAWAR: The Khyber-Pakhtunkhwa (K-P) government has earmarked over Rs7 billion for the security arrangements of government schools across the province.

He shared Rs2 billion will be spent by June 30, 2015, while the remaining amount will be carried forward and spent till 2017.

“It is the government’s responsibility to provide security to schools and children,” he said. “After the Army Public School incident, all private and government educational institutes’ security will be enhanced.”

Army Public School Peshawar was targeted on December 16 in a brutal attack which claimed over 150 lives, and left 130 injured, mostly children. After the attack, the government has issued many directives to private and public schools to take certain security measures, some of which will cost a substantial amount.

In addition to higher walls topped with barbed wire, schools and colleges have been asked to install CCTV cameras, walkthrough gates and hire armed guards.