Guantanamo detainee 'forced to have sex with three female interrogators'

Guantanamo detainee 'forced to have sex with three female interrogators' 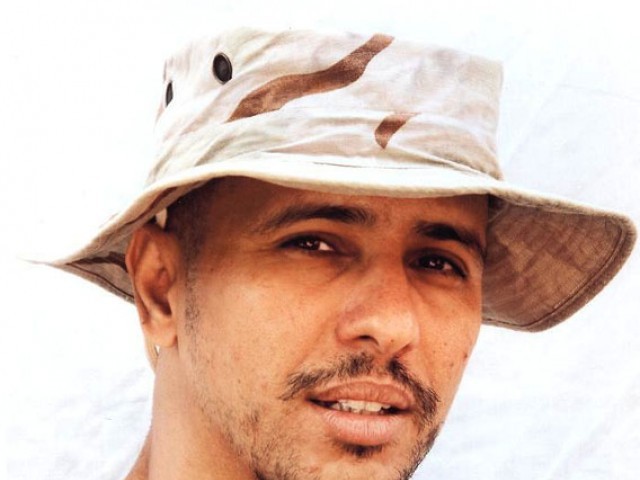 Undated photo of Mohamedou Ould Slahi taken by the ICRC at Guantánamo. PHOTO: INTERNATIONAL COMMITTEE OF THE RED CROSS

The first book published by a longtime Guantanamo Bay inmate that describes torture, humiliation and despair during 13 years in captivity is drawing hard-won attention to his case.

Mohamedou Ould Slahi – or prisoner 760 – wrote an account from the US naval base in Cuba, “Guantanamo Diary” which was published on Tuesday after a seven-year legal battle.

The 44-year-old describes how he was told he would be taught about “great American sex” and then he was tortured and forced to have sexual intercourse with female interrogators.

Slahi’s Guantanamo Diary, is the only account written by a detainee still held in the controversial American military prison in Cuba.

He describes being subjected to brutal treatment that included being kept in a “frozen room” for hours on end, forced to drink salt water, and being repeatedly beaten.

“I started to hallucinate and hear voices as clear as crystal. I heard my family in a casual familial conversation…. I heard Qur’an readings in a heavenly voice”, wrote Slahi. “I heard music from my country. Later on the guards used these hallucinations and started talking with funny voices through the plumbing, encouraging me to hurt the guard and plot an escape.

“I was on the edge of losing my mind.”

Slahi also added that he was denied sleep for more than two months. “For the next 70 days I wouldn’t know the sweetness of sleeping: interrogation 24 hours a day, three and sometimes four shifts a day.”

Slahi’s 466-page handwritten manuscript was initially classified by the US government and heavily redacted before publication.

The detainee’s lawyer, Nancy Hollander, explained that her client has never been charged with any crime.

Slahi’s accounts of psychological and physical torture come just weeks after a US Senate report revealed the widespread use of “enhanced interrogation techniques” by the CIA.

When US President Barack Obama took office in 2008 he promised to close Guantanamo, but as he enters his seventh year in the White House 122 prisoners remain. At its peak there were more than 700.

Guantanamo Bay was established in January 2002 and remains open today. In Tuesday’s State of the Union address Obama said his administration will work to finally “finish the job” and close it down.