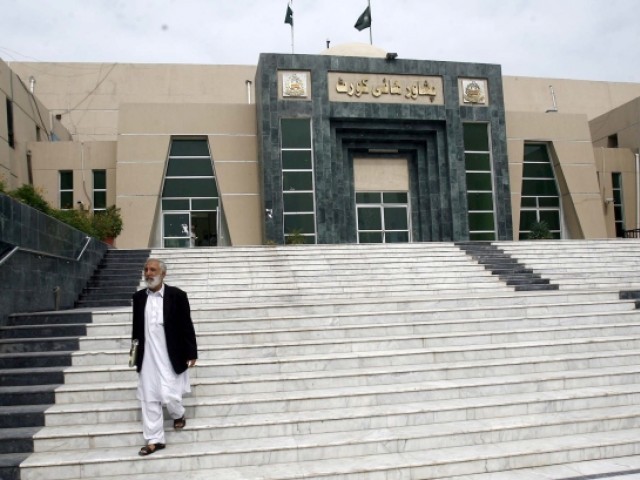 Bashir Khan had challenged the fact that some witnesses had not been summoned by the tribunal while hearing his petition against Yaqoob’s win. PHOTO: PPI

The Peshawar High Court on Wednesday disposed of four election petitions which winning and losing candidates had filed against interim orders of election tribunals for one provincial and three national assembly seats.

The petitions were disposed of in light of an apex court order that declared the high courts, while exercising their constitutional jurisdiction, cannot set aside interlocutory (temporary) orders passed by the election tribunal while hearing election petitions.

The petitions had been filed by losing Pakistan Tehreek-e-Insaf (PTI) candidate Nasir Khan against Awami National Party’s Amir Haider Hoti who won NA-9, Mardan-I, and Pakistan Muslim League-Nawaz (PML-N) MPA Arbab Akbar Hayat against Asif Iqbal Daudzai of Jamiat Ulema-e-Islam-Fazl in PK-8, Peshawar-VIII. Similarly, Sardar Muhammad Yousaf of PML-N moved against the presiding officer of the election tribunal in the case of the NA-20, Mansehra-I seat and Sahibzada Muhammad Yaqoob of Jamaat-e-Islami had filed a petition against the election tribunal from NA-34, Lower Dir.

PTI’s Nasir Khan had challenged the election of Hoti, requesting the election tribunal to verify votes in his constituency. He also asked that some witnesses be summoned to establish that Hoti has 10 kanals of land in Naran which he did not reveal in his nomination papers.

Khan says the election tribunal was ordered to verify votes in the constituency but it was not done. This prompted the losing candidate to file a contempt of court petition in the high court.

On July 1, the election tribunal ordered the National Database and Registration Authority (NADRA) to submit a report of the verification of thumb impressions in the case of 57,860 votes of PK-8, Peshawar-VIII in 24 days. This is the constituency from which PML-N’s Hayat was declared the winner.

JUI-F’s Daudzai had requested the election tribunal to recount and verify the thumb impression of votes in his constituency. However, the tribunal only accepted the plea for verification.

Later, the decision of the election tribunal was challenged in the high court by Hayat and the process of verification was stayed.

Both the losing candidates had sought thumb verification from the relevant election tribunals.

Bashir Khan had challenged the fact that some witnesses had not been summoned by the tribunal while hearing his petition against Yaqoob’s win.

The petitioner had submitted an application alleging some votes were cast by Afghan nationals and had requested the tribunal to summon a presiding officer to verify his claim. Yaqoob then challenged the order of election tribunal in the high court.

In a 28-page judgment delivered on December 18 by a Supreme Court bench headed by Chief Justice Nasirul Mulk, it was said that “the interlocutory orders passed by the election tribunal impugned (challenged) before the high court were not liable to be set aside in its constitutional jurisdiction as the petitioners before the court had a remedy available to them by way of appeal under Section 67 [of the Representation of the Peoples Act, 1974] after disposal of the election petitions.”