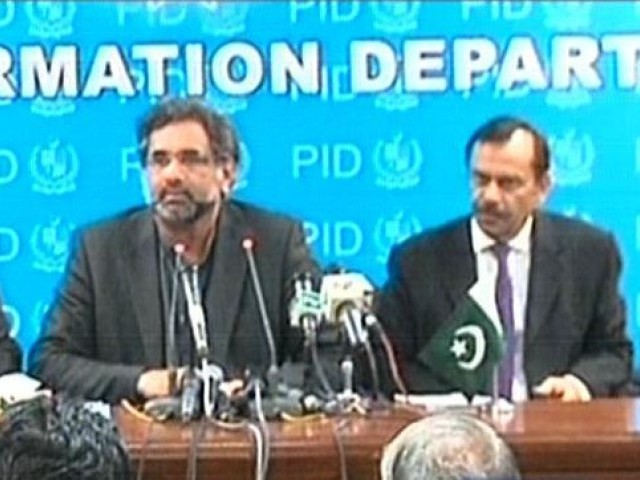 ISLAMABAD: Facing public anger over petrol shortages across the country, Federal Minister for Petroleum and Natural Resources Shahid Khaqan Abbasi promised on Monday that the crisis, which has led to never-ending queues outside petrol stations, would be resolved by this week.

Speaking at a press conference in Islamabad on Monday, Abbasi said the shortage was a result of exceptional petrol demand in January.

Further, explaining the petrol shortage, Abbasi said since there was a fall in prices, people bought more petrol and hence there was a decrease in reserves.”

Other than a fall in prices, the minister said, tripping of Parco refinery and a delay in fuel shipment to the Pakistan State Oil (PSO) contributed to the fuel shortage.

Now, Abbasi said, the petrol supply has been stabilised with 15,600 tonnes, 30 per cent more than the actual demand in December 2014. Hence, the crises will soon end, he added.

Similarly, Rawalpindi and Islamabad have also been supplied with extra petrol.

Abbasi further said that at a meeting chaired by PM Nawaz on Monday, the government decided to buy additional petrol to defuse the crisis, and solve the ongoing issues of circular debt of PSO.

Although he accepted responsibility for the crises, said that a high-level committee had been formed to investigate those responsible, which will present its report to the prime minister on Tuesday.

He added that the Oil and Gas Regulatory Authority has a responsibility to maintain reserves for at least 20 days in advance, however, “no institution has the capacity to predict a 30 per cent rise in demand”.

The crisis started this month when the cash-starved state fuel importer slashed petrol imports by half and skipped overseas fuel oil purchases altogether, worsening power cuts and leading to petrol shortages around the country, most of all in the Punjab.