All Mahira Khan needs is a little bit of luck

All Mahira Khan needs is a little bit of luck

Actor's Bollyw­ood debut with Shah Rukh Khan in Raees is likely to be a cut above the rest
By Hassan Choudary
Published: January 19, 2015
Tweet Email 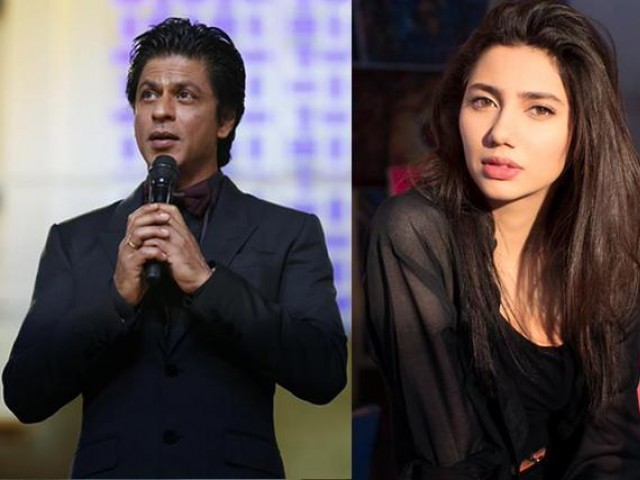 Mahira Khan is set to appear alongside Shah Rukh Khan in Raees.

KARACHI: The shooting for Raees, which will star Mahira Khan and Shah Rukh Khan, is scheduled to begin sometime in March this year but let’s get one thing straight: Mahira Khan has already achieved what no other Pakistani artist aspiring to work in Bollywood ever has.

So, what is unique about Mahira’s Bollywood debut? To begin with, Mahira is debuting in a film with Shah Rukh Khan. Aside from the fact that Shah Rukh is the undisputed king of Bollywood and a global icon, what this means is that there are certain predictions we can make about Raees’ box office collections with a considerable amount of certainty. And in a day and age where films are categorised not as ‘good’ or ‘bad’ but as ‘200-crore’ (INR2 billion) and now, thanks to PK, ‘300-crore’ (INR3 billion) films, box office collections are all you need to prove your mettle.

Therefore, it is not surprising that Humaima Malick seems to have disappeared after her film Raja Natwarlal’s disastrous run at the box office. The lifetime box office collection of her film, starring Emraan Hashmi, which received only negative reviews, stands at around INR270 million. Ali Zafar’s much-hyped Kill Dil, co-starring Govinda, Ranveer Singh and Parineeti Chopra, received mixed reviews and made just slightly more – INR320 million.

To keep matters simple, let’s stick to the money these films made at the Indian box office only. Imran Abbas’ debut film with Bipasha Basu also received negative reviews and made around INR200 million. Fawad Khan’s Khoobsurat, starring Sonam Kapoor, was a hit. But in spite of the mostly positive reviews, the film was able to make barely INR250 million.

Mahira’s co-star Shah Rukh Khan’s last film Happy New Year received mixed reviews and made INR450 million – on it’s opening day. The thing with Shah Rukh is that his movies only get either mixed reviews or good reviews. There are no bad reviews. Before Happy New Year, he appeared in Chennai Express, which received mostly positive reviews. Chennai Express‘ lifetime collection is around INR2.3 billion.

Add to that Shah Rukh Khan’s international appeal. His fans are scattered around the world — from Germany to Morocco, Indonesia to Peru — giving his co-stars the unique opportunity to reach out to a truly global audience.

So, one thing is for certain: Mahira’s debut film will make more money than any other Pakistani artist’s Bollywood film ever has. And that her film will get a big international release. But to say Mahira’s fate is sealed only because her co-star happens to be one of the biggest superstars in the world is doing injustice to the supremely-talented actress. After all, she isn’t the first Pakistani artist to work with Shah Rukh. Javed Sheikh played Shah Rukh’s father in Om Shanti Om, which probably helped him secure a role as Salman Khan’s father in Yuvvraaj the next year. But despite his appearances in such big films, Sheikh was unable to firmly establish his place in the Hindi film industry.

Mahira is no ordinary Pakistani artist making a run-of-the-mill Bollywood debut. She is a superstar who has already found a place in the hearts of the Indian audience thanks to Humsafar’s special telecast in India. And if Fawad Khan’s Bollywood debut is any indication, we can predict with utmost certainty that a large number of people in Pakistan as well as India simply cannot wait to watch her on the big screen again.

The film itself is being produced by Farhan Akhtar and Ritesh Sidhwani, who have given hits like Dil Chahta Hai, the remake of Don, Rock On!!, Zindagi Na Milegi Dobara, Talaash and more.

The world’s most popular actor as her co-star, brilliant producers, a strong fanbase in Pakistan as well as India and loads of talent — all of Mahira’s predecessors who ventured into Bollywood had either one or two of these things. She has them all. In fact, she has more. Recently when asked what edge Pakistani actors have over their Indian contemporaries Mahira replied, “None. Only a good actor has an edge over a weak actor. A hardworking actor has an edge over a lazy actor. Nationality has nothing to do with it.” Proving further, she has the right attitude as well.

All she needs is a tiny bit of luck.