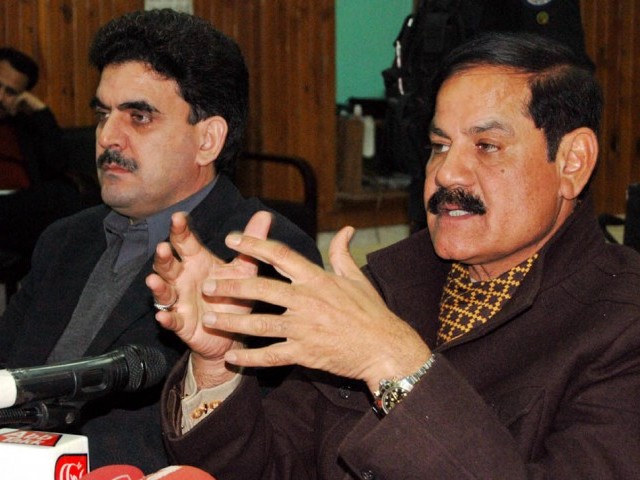 The information minister said they will take strict action against private schools without proper safety arrangemnets. “Schools that fail to meet the requirements will be closed,” he said. PHOTO: NNI

The provincial government has stressed that further security measures were needed to improve security at schools as well as the overall law and order situation.

In a provincial cabinet meeting headed by Chief Minister Pervez Khattak at the Civil Secretariat on Monday, ministers said special attention was required for educational institutes.

Later, at a news conference at the Peshawar Press Club, Minister for Information Mushtaq Ghani said security of schools, important installations, public places, markets and hospitals were discussed in the meeting. It was decided that community policing should be implemented, while the government would provide resources for the suggested security measure, he said.

According to Ghani, earlier in the day he, the chief minister and education minister Atif Khan visited government-run schools in the city to check security measures and were satisfied.

Ghani said that under that the security plan devised by the government, teachers with licensed weapons began bringing their guns to school and private guards were also deployed.

The cabinet was told that schools were provided funds for security, while DCs conducted meetings on the security of institutes in rural districts. The information minister said they will take strict action against private schools without proper safety arrangemnets. “Schools that fail to meet the requirements will be closed,” he said.

In the works: Compilation of writings about APS attack to be published