The chasm between ‘free’ and ‘hate’ speech

The chasm between ‘free’ and ‘hate’ speech 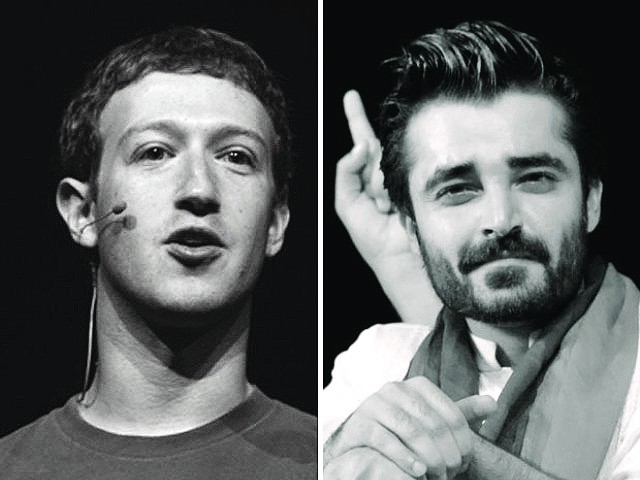 In the wake of the recent scourge of terrorism in Paris, which left 12 people dead, including the editor and prominent cartoonists of the satirical newspaper Charlie Hebdo, netizens have harked back to the debate of what constitutes ‘free’ and ‘hate’ speech. Actor Hamza Ali Abbasi is among those who took to Facebook to comment on the subject, highlighting the perceived double standards prevalent in western discourse regarding freedom of expression.

But as Facebook emerges as the leader of social media, with a new survey inferring that 71 per cent of US adults were hooked to the social networking website in 2014, according to IANS, it continues to draw criticism over partial sieving of content. Abbasi seems to be a recent victim of this alleged lopsidedness, with Facebook apparently blocking his recent post regarding Charlie Hebdo and limitations on free speech.

However, in a rare apology, Facebook founder Mark Zuckerberg on Monday admitted that his team may have made a mistake by deleting Abbasi’s Facebook post on the Paris attack.  Responding to a comment on Facebook, he said, “I do not think this should have been blocked. Our team might have made a mistake.”

Justin Osofsky, Vice President of Global Operations and Media Partnerships at Facebook, apologised for what he repeatedly termed as a ‘mistake’ on the website’s part. “We made a mistake in taking this down. We try to do our best, but sometimes make mistakes. We apologise for this error, and hope that the author will repost it as we are not able to restore it from our end. Thanks for bringing it to our attention.”

The apology follows Abbasi’s post on his verified Facebook page, which is followed by 1.6 million people, that the social media website had removed his update and warned him after deactivating his profile. According to a screenshot of the banned post that Abbasi uploaded, Facebook said they had removed it since it violated its community standards. It was not clear under what aspects of the community standards the post was removed.

Abbasi, a former civil service trainee, tried to explain in the post the circumstances under which executions are permitted in Islamic law and who can carry them out. He went on to explain that despite the nature of some of the cartoons printed by publications, such as Charlie Hebdo, which have caused riots in Pakistan before, it did not give anyone the right to commit murder. “Even my blood boils when someone insults my Prophet (pbuh). But that does not give individuals the right to kill,” read the post.

He went on to argue that while freedom of speech should “include criticism, disagreement and even rejection of faiths or ideologies… it should not and must not allow ‘insult’.” He urged the West to revisit and fix its definition of freedom of speech, adding that failure to do so would cause someone from the Muslim community to go “ballistic and kill unjustly.” His post got over 45,000 ‘likes’ and some 5,000 shares.

The post’s removal was heavily criticised, as just a day ago, Zuckerberg had declared that he would not cow down to extremists and curb speech on his website. In his Facebook post, he opened up about how “a few years ago, an extremist in Pakistan fought to have [him] sentenced to death because Facebook refused to ban content about Prophet Muhammed (pbuh) that offended him.”

The Facebook CEO revealed that he received threats just two days after the Charlie Hebdo shooting. In his Facebook post, he said, “As I reflect on yesterday’s attack and my own experience with extremism, this is what we all need to reject — a group of extremists trying to silence the voices and opinions of everyone else around the world.” He added, “I won’t let that happen on Facebook. I’m committed to building a service where you can speak freely without fear of violence.” Zuckerberg received over 120,000 ‘likes’ along with several comments on his post.

He even replied to one comment where the user had asked whether the content that had offended the man who threatened him was banned. His response was, “It’s not against our policies to talk about Prophet Muhammed (pbuh). We did block the content in Pakistan where it was illegal, but we didn’t block it in the rest of the world where it is legal.” One of his latest Facebook posts regarding freedom of expression began with the words, “You can’t kill an idea.”