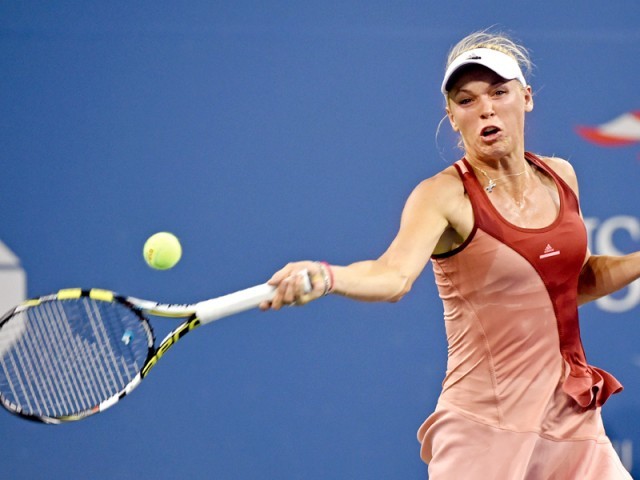 OPTIMISTIC: Wozniacki, who lost to Serena Williams in last year's US Open final, said she was confident she will take her place in Melbourne. PHOTO: AFP

SYDNEY: World number eight Caroline Wozniacki retired with a wrist injury in her opening match at the Sydney International yesterday, but is confident she will play in next week’s Australian Open.

The Danish star had several visits from the trainer before calling it quits after the second game of the second set after dropping the opening set to Czech Barbora Zahlavova Strycova.

Wozniacki shook her head and walked to the net to shake hands with Zahlavova Strycova and forfeited the match. Strycova will now meet Australia’s Sam Stosur for a place in the quarter-finals.

Wozniacki, who lost to Venus Williams in the final of the Auckland Classic on Saturday, said she withdrew to help her chances of recovering in time for the year’s opening grand slam, which gets under way in Melbourne next week.

“I’ve had it [the injury] before so I know what it is,” she said. “It was painful every time I had to hit a backhand, so I didn’t want to aggravate it before Melbourne. I’m just going to try and get some treatment on it and try and get ready for next week.”

The 24-year-old added that she was not concerned about a lack of matches because of the injury setback.

Bulgaria’s Pironkova, who once again had to play qualifiers to reach the main draw, will next take on American Madison Keys.

Last year’s Australian Open finalist and seventh seed Dominika Cibulkova advanced to the second round with a 6-2, 6-2 win over French qualifier Kristina Mladenovic.