Turkey’s ‘tattoo fatwa’ gets a lot of ink

Turkey’s ‘tattoo fatwa’ gets a lot of ink 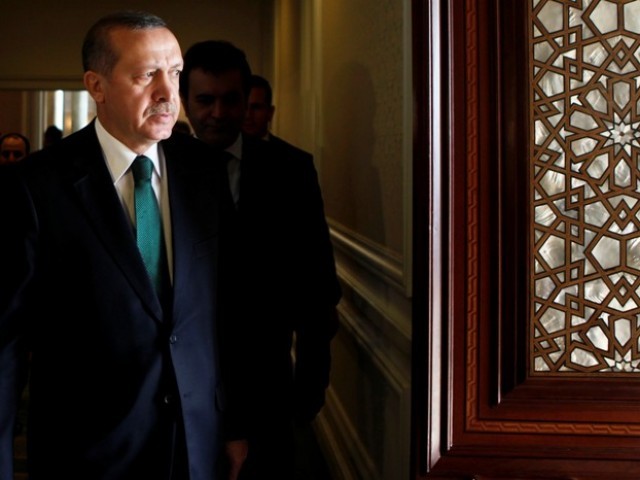 President Recep Tayyip Erdogan has repeatedly made clear his belief that tattoos are harmful and immoral. PHOTO: REUTERS

Turkey’s top religious body on Friday urged Muslims unable to remove their tattoos to beg God for forgiveness, the latest intervention in a growing controversy over body art in the country, reported AFP. Religious authorities in the officially secular Turkey frown on tattoos, even though they are highly fashionable, especially among the young, urban population.

President Recep Tayyip Erdogan, who critics accuse of seeking to impose a creeping Islamisation on the country, has repeatedly made clear his belief that tattoos are harmful and immoral. “A person with a tattoo should remove it, if possible. He/she should repent to God if the tattoo cannot be removed,” Turkey’s Religious Affairs Directorate, known as Diyanet in Turkish, said in a fatwa. It reaffirmed that all forms of body art are banned by Prophet Mohammed (PBUH) and suggested that they should, if possible, be removed either by laser or surgery. “Our Prophet (PBUH) has said ‘Allah curses the people who change their shape created by God’, be it a woman with tattoos or someone who removes hair from their face or eyebrows,” it added.

The authority elucidated that although taboo, tattoos would “not prevent making ablutions,” a self-cleaning process prescribed in Islam, reported Al-Arabiya News. Erdogan, a practising Muslim, has already made clear his distaste for tattoos, telling a promising 18-year-old footballer in July last year to get rid of the tattoos on his arm. “What are these tattoos? Why do you harm your body like that?” said Erdogan, who has raised eyebrows over promoting a conservative agenda in a secular Turkey. “Don’t be fooled by foreigners. God forbid, it could even give you skin cancer in the future.”

In September, the government banned school pupils from having tattoos and body piercings as well as wearing make-up, dyeing of hair and a moustache and beard for boys.  The government ruling, issued on September 27 last year, read that students “are to be present in schools with their faces visible; cannot use scarves, berets, hats, bags or similar materials that feature political symbols, pictures or writings; cannot dye their hair, cannot have tattoos or make-up; cannot have piercings and cannot have moustaches or beards.”

The edict surfaces in the wake of a series of events that have raised eyebrows over Erdogan’s tilt towards instilling an Islamic agenda across the country, especially in schools. Interestingly, in a recent omission from the Turkish school syllabus, Christopher Columbus’ name was removed after Erdogan claimed that Muslim scholars discovered the Americas in the 12th century, reported secularism.org.uk. “It is alleged that the American continent was discovered by Columbus in 1492. In fact, Muslim sailors reached the American continent 314 years before Columbus, in 1178,” he said in his initial remarks.