Fake certif­icates have led to ban on export of some commod­ities
By Farhan Zaheer
Published: January 10, 2015
Tweet Email 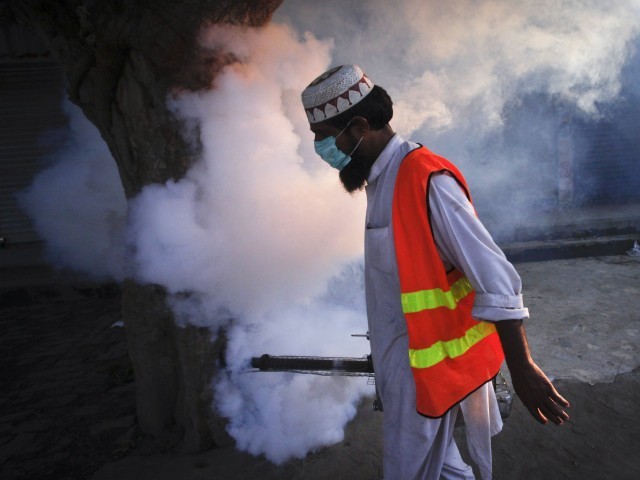 Taking a serious notice of the growing illegal activities, the government placed a ban on some of the fumigation service providers. PHOTO: REUTERS

KARACHI: Officials of the Department of Plant Protection (DPP) have said the department has started referring cases of some fumigation services providers to the Federal Investigation Agency (FIA) for submitting forged government certificates with export consignments to different countries.

“The government has started criminal proceedings against the fumigation services firms, which are responsible for the ban on
exports of different Pakistani commodities to the United States, Mexico, Russia and other countries,” a top DPP official told The Express Tribune.

DPP is one of the 14 organisations working under the Ministry of National Food Security and Research and provides quarantine facilities to fruit and vegetable growers and exporters.

The government action has already made some of the companies uncomfortable and in response they are accusing senior DPP officials of indulging in corruption and nepotism.

To explain the government’s stance, the DPP in a press release issued on Friday said the department had neither taken any action against the registered fumigation companies nor had they been restricted from their business of fumigating plants and plant materials.

According to the Plant Quarantine Rules 1967, the fumigator is not competent to file an application for import permit, phytosanitary certificate and release order or obtain any of these from the DPP.

They are only responsible for fumigation of plant and plant material under the supervision of the department.

Taking a serious notice of the growing illegal activities, the government placed a ban on some of the fumigation service providers.

Industry officials say the government took a step in the right direction as it was necessary, especially after serious warnings and restrictions by the US, Mexico, Russia and EU states.

Owing to the interceptions because of the presence of pests in fumigated consignments and to protect the image of the country, exporters of agricultural commodities have been advised to file applications for the phytosanitary certificate, release order and import permit by themselves or through their clearing agents registered with the Customs department, according to the press release.

The exporters should only take fumigation services from the registered service providers instead of filing and obtaining all certificates through them.

The unregistered ones had also been involved in blackmailing the exporters and importers and charging high prices for their fumigation services, it added.