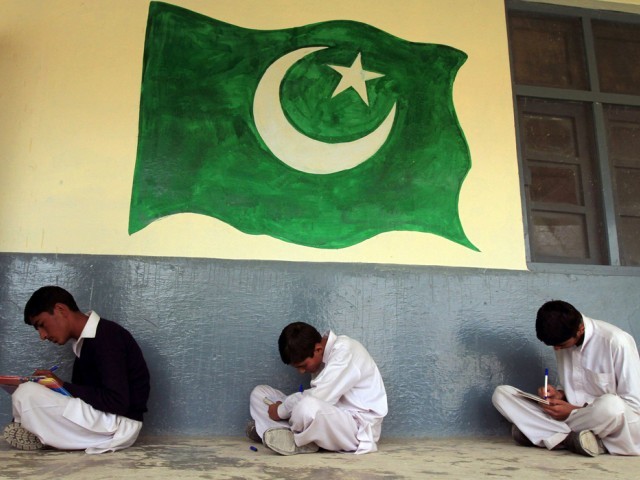 Around 21 per cent of country's children, aged 6-16, still remain out-of-school. The remaining 79 per cent, who are enrolled, are not learning much either. PHOTO: REUTERS

The sorry state of affairs of country’s school education can be gauged from the fact that enrolment as well as learning standards are going down.

In rural Pakistan, 58 per cent students in grade five cannot read a grade-two sentence in English. This percentage was 57 in 2013.

The report found 61 per cent children in 3-5 year age bracket out of school, as compared to 57 per cent in 2013. Around 21 per cent of country’s children aged 6-16 still remain out of school. The remaining 79 per cent who are enrolled are not learning much either. About 54 per cent children in class five could not read a grade-two story in Urdu, Sindhi or Pashto, compared to 50 per cent in 2013.

The ASER survey has been conducted by 10,000 volunteers who surveyed a total of 279,427 children, 41 per cent of them girls. The survey was conducted in 144 rural districts and 21 urban areas in the country.

The report aims to inform the progress or lack thereof with respect to Article 25-A of the Constitution, making education a fundamental right for 5-16 year old children.

The report states that the private sector is performing better than the government sector as far as the learning levels of students and teacher attendance are concerned.

Urban areas have 94 per cent children in schools versus 79 per cent in rural areas, and have better infrastructure facilities.

The survey also found more children going to private institutes with 30 per cent children of 6-16 years enrolled in private schools, a four per cent increase from 2013.

The report has also identified that children enrolled in private schools are performing better compared to those studying in government schools; 60 per cent children enrolled in class five in private schools were able to read a story in Urdu, Sindhi and Pashto compared to 42 per cent class five students studying at government schools.

Interestingly, the survey explains that boys are outperforming girls in literacy and numeracy skills in rural Pakistan; As many as 46 per cent of boys could read sentences in Urdu, Sindhi and Pashto as compared to 39 per cent girls. For Arithmetic, 45 per cent of class five boys were able to do class-two level subtraction as compared to only 38 per cent grade five girls.