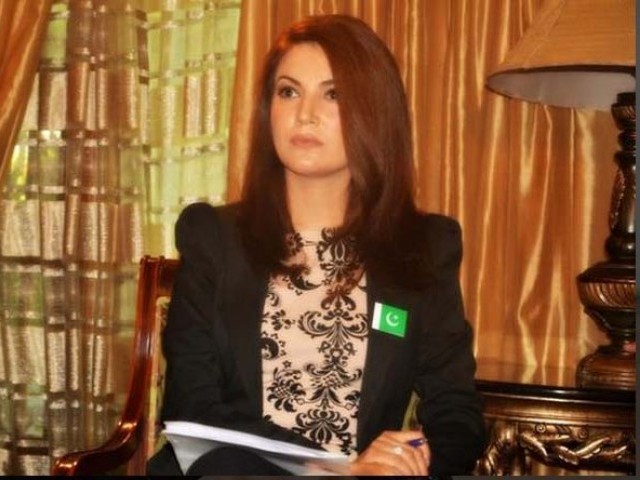 Reham, who hails from the Hazara Division, is a former BBC journalist and at present is a current affairs anchor for a private television channel in Pakistan.

However, this is not the first marriage for the newlywed Reham. She was previously married to her first cousin Ejazur Rehman when she was just 19 years old. Her cousin and former husband was 33 at the time.

Her first marriage ended five years ago after the couple developed differences over Reham’s job at the BBC, according to her family. Like Imran, Reham also has children from her previous marriage – three – all of whom live with their father in England.

“As far as I know, Reham’s husband objected to her busy work routine,” one of her relatives told The Express Tribune.

Related: Is Reham Khan the first lady of ‘Naya Pakistan’?

Imran’s new wife has been under heavy media scrutiny for the past few weeks over her marriage with the PTI chief.

Interestingly, Reham’s real name is Reham Nayyar, and is the daughter of Dr Nayyar Ramzan who is from the Baffa village in Mansehra District.

She belongs to the Lughmani branch of the Swati tribe.

Another interesting fact is that the former civil servant and governor of the then North West Frontier Province (NWFP) Abdul Hakeem Khan, was her paternal uncle, Reham’s family revealed.

Her father is a physician who moved to Libya in the late 1960s, and Reham was born in Ajdabiya on April 3, 1973. She has two sisters and a brother, and currently resides in Rawalpindi with her mother.