It is high time that real victim­s of war on terror receiv­ed some form of repara­tion for losses they have had to endure­
By Sikander Shah
Published: January 6, 2015
Tweet Email 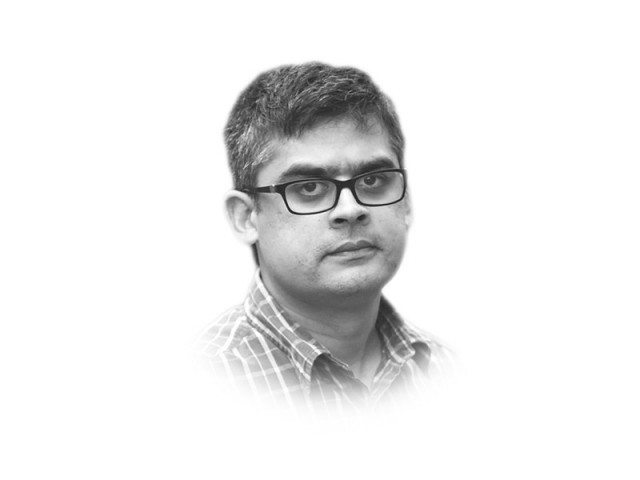 After the brutal Peshawar attack, drone strikes were carried out by the US in North Waziristan, resulting in the deaths of several suspected militants. Not surprisingly, the Foreign Office paid lip service by condemning these strikes as a violation of Pakistan’s sovereignty. These strikes are, however, unique — depending on our reactions, they may be the harbingers of a more expansive and aggressive drone campaign in Pakistan. This raises the question: in light of Peshawar, will the Pakistani public feel less strongly about the impact of drones and more willing to condone US drone strikes based on the alleged claim that drones are effective in neutralising senior members of the TTP who are responsible for terrorist attacks in Pakistan? Indeed, a faction of the TTP claimed that it carried out the Peshawar attack as a reprisal against recent actions of the Pakistani Army and US drones.

The fact that Pakistan is shifting to a war footing and the public increasingly sees the TTP as the real threat to the sovereignty of Pakistan might provide the requisite space for conducting more lethal and frequent drone operations in 2015. It, therefore, comes as no surprise that in the US, the National Defense Authorisation Act of 2015 allocates $1 billion to Pakistan for fighting the Taliban and al Qaeda.

The ideal scenario for the US government would be if in the not-too-distant future, Pakistan would officially consent to drone strikes or view these attacks as supplementing its military operations in Fata against militants. Naturally, consent would mean no violation of sovereignty is taking place. While such an outcome seems highly unlikely at the moment, the point is that drone attacks are highly problematic for a host of other reasons that are unrelated to sovereignty. All these reasons are in one way or another connected to civilian harm and the disregard for human rights. Drone strikes seriously challenge fundamental human rights including the right to life, protections against extra-judicial killings, the right to a fair trial and access to justice, the right to assembly, the right to freedom of movement and the right to compensation and redress.

Further, if human rights infringements caused by drone strikes also qualify as violations of peremptory norms of international law, no level of consent provided by the host state can preclude the wrongfulness of the state using force. This rule is firmly established under Article 26 of the Draft Articles on Responsibility of States for Internationally Wrongful Acts (DASR).

The Pakistan government has not confronted the drones issue head on. It has the option of approaching the Security Council and the International Court of Justice, or to push for a General Assembly resolution on drones. Pakistan has, however, raised concerns about drones at softer forums such as at the UN Human Rights Council and through engagement with the UN Special Rapporteur on the “Promotion and Protection of Human Rights and Fundamental Freedoms while Countering Terrorism”. These forums and procedures lack teeth and this raises concerns about the executive’s seriousness in bringing drone strikes to a halt. The fact that a contempt of court petition was previously filed against the foreign secretary for failing to comply with a Peshawar High Court judgment, which had required the government to take concrete measures for halting drone strikes and ensuring compensation for victims further reinforces these concerns. Many scholars in the US have argued that the government’s sluggishness in this regard amounts to acquiescence or implied consent to drone strikes.

While cessation and appropriate assurances and guarantees of non-repetition of internationally wrongful acts are obligations under the DASR, Pakistan should work towards convincing the US to provide ‘reparation’ in the form of compensation under Article 36 of the DASR for damage to civilian life and property because of drone strikes. The right to compensation is guaranteed under international law. This is firmly outlined in the basic principle and guidelines on the right to a remedy and reparation for victims of both grave human rights and humanitarian law violations, adopted by the UN General Assembly in 2006 and through General Comment 31 of the Human Rights Committee to the International Covenant on Civil and Political Rights. Thus, both Pakistan and the US are subject to criticism for their failure to provide compensation for civilian harm caused by drones.

While working towards halting drones in Fata should be the foremost objective of Pakistan, both Pakistan and the US should mutually devise a transparent and accountable system to determine compensation and enable its swift dispensation to victims of drone strikes. Pakistan should, of course, participate in this exercise without condoning the legality of drone strikes. This course of action will assuage anger in Pakistan, including in Fata, and show better commitment and compliance with human rights laws. As a result, militants will find it much harder to use drones as a recruitment tool. Compensation for drones will also most likely act as a deterrent and lessen the frequency of drone strikes because of the additional economic cost of civilian harm. More importantly, though, it will provide the necessary funds for the needs of the affected civilian population, especially women and children. It is high time that the real victims of the war on terror received some form of reparation for the losses they have had to endure.

The political economy of Pakistan-India trade