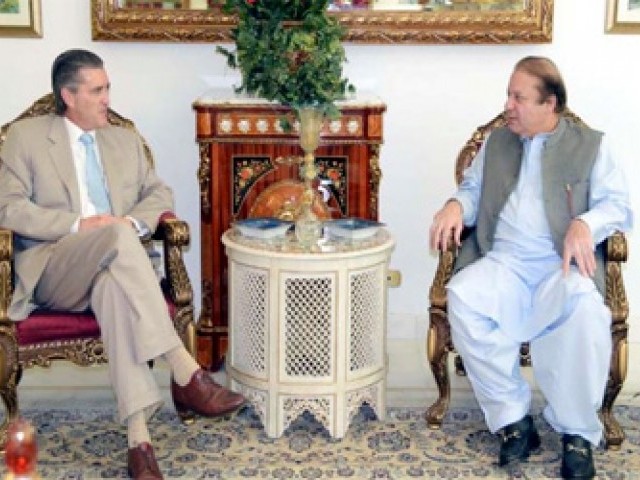 Matters relating to Pakistan-US relations with particular reference to the upcoming expected visit of US Secretary of State John Kerry came under discussion.

Kerry is likely to visit Pakistan for a strategic dialogue between the two countries.