Strong men will reshape the world in 2015

Strong men will reshape the world in 2015 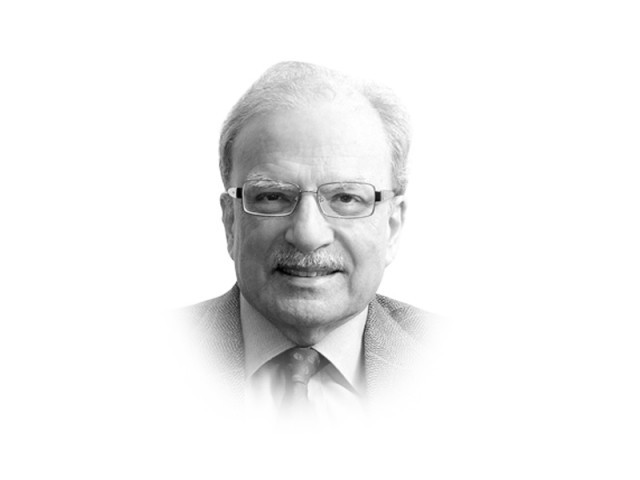 Sustainable change comes slowly. When changes are fast as was the case in 2014 relating to the several aspects of the international political and economic order, the result may be chaos. Those operating in the global system can get disoriented. These observations prompt three related questions: why did the process of change pick up speed in 2014; what was the nature of the change the world will need to accommodate to; and what could be done to ensure that the on-going changes can be absorbed without great disruptions?

Perceptions can often be stronger than reality. In 2014, the perception that gained strength and wide acceptance concerned the relative position of the United States in the global order. There was a growing feeling across most parts of the world that the US was losing its predominant position. The IMF estimated that by the end of 2014 the Chinese gross domestic product will be slightly larger than that of the US. Those who viewed the weakening of the US’s economic position did not factor into their considerations some of the strengths which will be important determinants of the state of its economy and its position in the world in the years and decades to come. These included America’s almost unique ability to innovate in the field of technology but also in creating new corporate forms.

The other contribution to the perception of the US’s relative decline was how its own leaders saw their country’s role in world affairs. President Barack Obama in the spring of 2014 spelled out in some detail how the US should conduct itself on the world stage. According to the “Obama Doctrine”, Washington should not strut on the global stage as was done by President George W Bush, Obama’s immediate predecessor in the White House who was not given to deep thought. The country should, instead, allow other large global players in the system to do their own thing as long as what they did not harm America’s security and strategic interests. This approach encouraged some leaders — some of them with relatively new presence in world affairs — to occupy larger space for themselves and their countries on the world stage. Some analysts felt that what we saw in 2014 was the inauguration of the era of strong men.

Four men chosen in different ways to lead their nations used nationalism rather than internationalism to define their interests. Most important among them were Xi Jinping of China and Vladimir Putin of Russia. The former, having been placed in power by a carefully designed and orchestrated process of leadership accession, sought to reposition China, reflecting the country’s increasing economic and political strength. He wanted to lead a new China that would have influence over the countries around its borders. While Xi operated from strength, Putin operated from a weakened position following the collapse of the Soviet Union. The fact that the progress made by the Russian economy in the first decade of the 21st century by high oil prices, the country’s major export, underscored its inherent weakness. The Russian president was nostalgic about the country’s past — not he distant past as was the case with Xi and his view of China — but the immediate past. The Russian leader wanted to recreate in some fashion the lost Soviet Union. This was demonstrated in a vivid way by the hit taken by the economy following the precipitous fall in the price of oil.

Walking behind these two leaders were two other nationalists, one newly elected (India’s Narendra Modi) and the other newly reelected (Japan’s Shinzo Abe). Both were concerned with the failing health of their economies and both had committed themselves to wide-ranging reforms to help their countries climb out of the slow-growth trough. But instead of focusing on the reforms that would work for their economies, the spent more time in pushing their countries into better positions on the world stage. Modi developed a foreign policy doctrine based on India’s self- interest. He spent a good part of his first six months in office travelling the world and forging closer ties with Japan, Australia, and the United States while giving some attention to China and Russia.

Two other strong men should be included in the list since what they do in their countries will matter a great deal for the Middle East in particular and the Muslim world in general. They are Turkey’s Recep Tayyip Erdogan and Egypt’s Abdel Fattah el Sisi. Erdogan by way of a recent election moved from the position of his country’s prime minister to its president. During his decade-long rule as prime minister he had used his country’s improved economic position to carve out a greater role for himself and the state he led in the highly troubled Middle East. But a series of unexpected developments in Syria and Iraq disturbed Erdogan’s plans for his country’s future. While the Turkish president had used Islam as the basis of his political strength, the Egyptian Gen Sisi moved in the opposite direction. He justified his rise to the presidency on the basis of his stern opposition to political Islam in his country.

There is one thing shared by this set of national players. They have used democratic — in China’s case institutional —  means to gain power but nationalism to consolidate it. How they will act in 2015 will in important ways determine how the world gets shaped.