'Reports of my marriage are greatly exaggerated!': PTI chief

'Reports of my marriage are greatly exaggerated!': PTI chief 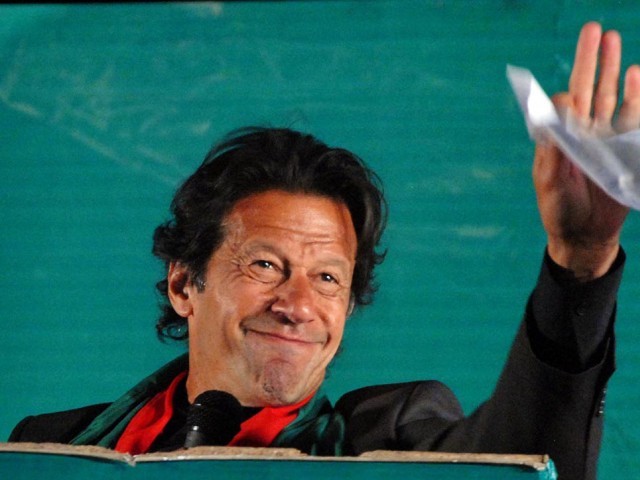 KARACHI: Hours after British tabloid newspaper Daily Mail reported that the Pakistan Tehreek-i-Insaf (PTI) chairperson has gotten married, Imran Khan has neither confirmed nor denied the report, opting instead to simply say via Twitter that the report was “greatly exaggerated”.

The report, published last night, alleged that Imran had secretly married Reham Khan, a journalist who formerly presented the weather on the BBC, on December 27, against the wishes of his party and family.

Anchor Shahid Masood, known to be close to Imran, was also ambiguous about the development. Instead, he urged Imran on television to come clean.

Many on Twitter have already taken Imran to task on his statement, asking how exactly a report of someone being married can be ‘exaggerated’.

Such reports are either true or not. How can they be exaggerated? “@ImranKhanPTI: The reports of my marriage are greatly exaggerated!”

@ImranKhanPTI oh wait. You said exaggerated means you are not denying it. Whaa??

@monadarling it's a play on Mark Twain's declaration: "The reports of my death are greatly exaggerated"

Hmm why doesn't @dawn_com just ask Reham Khan – who does a show for Dawn News – whether the report of her marriage to Imran Khan is correct?