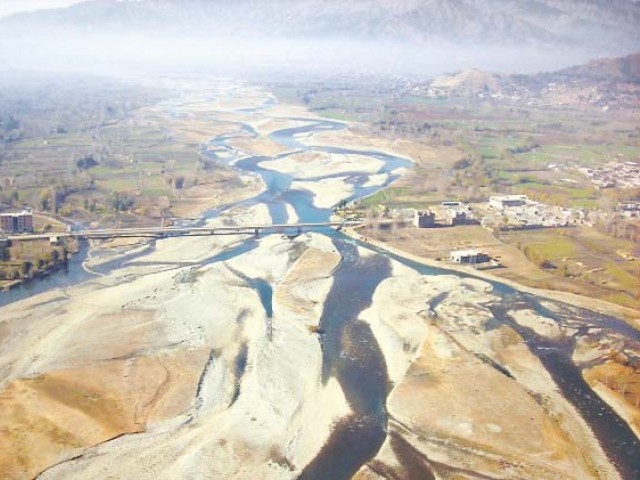 Ayub Bridge in Swat, regarded as the lifeline of the region, was severely damaged during the recent floods severing access to Mingora city. photo: Fazal Khaliq

SWAT: The recent flash floods have completely devastated the road network of the Swat valley. The disaster destroyed dozens of link roads and more than 50 bridges, including the historical Ayub Bridge. The Ayub Bridge was previously blown up by militants on December 4, 2008.

Constructed in 1956 the bridge is considered as the lifeline of the region which connects Babuzai Tehsil to Nepki Khel Tehsil.

This route was used for supply of food to the region, access to the main Mingora city, educational institutions, hospital, courts, fruit and vegetable markets.

Though the Pakistan Army has installed a make shift bridge to connect more than 10, 00,000 people of the
Tehsil Kabal and Matta to Mingora city, locals across the river consider the temporary bridge unsafe and difficult
to use.

Shafiullah, resident of the Kanju area of Tehsil Kabal, told The Express Tribune, “Ayub bridge has its own historical background, it was constructed by General Ayub Khan in the era of the late Wali of Swat in 1956.

The bridge is the only means of connecting this part of the valley to Mingora, the central hub of economic of Swat valley. It is the lifeline of our people as we are dependent on Mingora everything.”

Obaidullah Khan, a resident of Tehsil Kabal told The Express Tribune, “The dirt from the temporary bridge is hazardous to our health, not to mention the amount of traffic on the bridge. I’m not even sure if this bridge can hold the weight of so many cars at one time.”

Regarding the reconstruction of the bridge on an emergency basis, Faheem Ullah, another local of the area said, “If this bridge is not reconstructed in time, it will create problems for us and the people across the river.

We appeal the provincial and federal governments to reconstruct the bridge on an emergency basis and help solve the problems of Tehsil Kabal and Tehsil Matta.”

The temporary bridge has affected vehicle owners too. Rafiullah Shah, a taxi driver in the area, told The Express Tribune, “We are in the workshop often because this stony and dirty road damages our vehicles, plus the traffic is so much that a journey that previously took us.”

The Chief Minister of Khyber-Pakhtunkhwa (K-P), Amir Haider Khan Hoti, during his visit to Swat said that discussions with the US government were underway for the reconstruction of this bridge.

Locals are worried that if the temporary bridge is not reconstructed before the winter rains start, millions of people will once again be stranded.