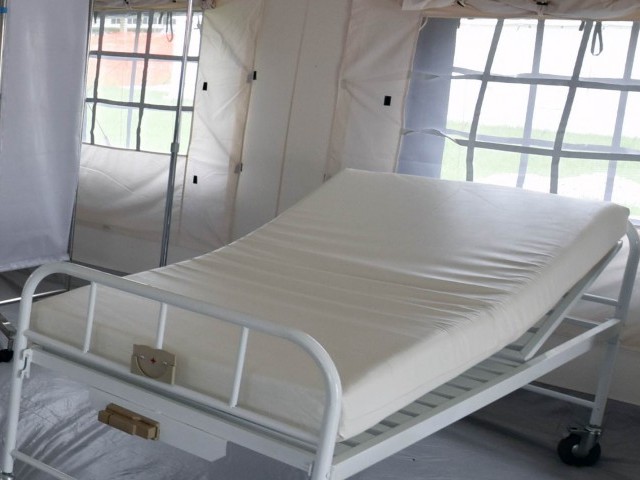 Military official says these people might have been injured during operations. PHOTO: AFP

PESHAWAR: At least 35 people were arrested from a make-shift hospital being secretly run in a residential house located in Nothia area of Peshawar.

The ‘hospitalised’ people were arrested in injured condition during a joint targeted raid conducted by police and military on Thursday night.

“These injured people were being treated secretly in the hospital. Majority of them look like Afghan refugees but we will be able to tell who they exactly are once our teams interrogate them,” said a security official while talking to The Express Tribune.

He said it was possible that these people might have been injured in recent military operations and were being treated at a hospital which looked like a house from the outside.

“It was extremely difficult for militants to admit their comrades to government or private hospitals,” he added.

Police said there were beds on the pattern of a hospital inside the house and all medicines and other treatment facilities had been made available there.

They said the raid was conducted on a tip-off provided by security forces and the hospital had been established in a rented house.

“The house is owned by a local jeweler,” a police official said. All the arrested people were shifted to undisclosed location for interrogation and the house has been sealed.

Police officials, however, said the Army officials knew who exactly these people were but they were reluctant to share further information with them.

Two convicts to be hanged on Jan 13 in Faisalabad